Liberal Journos VERY Confused by Trump’s Use of Term “Coyotes”

Social media exploded with mockery last night after President Donald Trump referenced the coyotes smuggling children across the U.S.-Mexico border as thousands broadcast to the world that they don’t know what the term “coyote” refers to.

President Trump was asked about 545 children whose parents couldn’t be found after their families were separated at the border. What many liberals don’t seem to understand is that this is proof that children are being smuggled over the border by people who are not their parents. “These children are brought here by coyotes and lots of bad people, cartels, and they used to use them to get into our country” President Trump said, alluding to this reality.

Many seemed to be under the impression that President Trump was describing a situation that could be solved by the Road Runner. It’s of course understandable that not every person is familiar with the term “coyote,” but unfortunately the unfamiliar apparently includes a large chunk of the pundit class, many of whom constantly opine on immigration related issues.

Below is a depressing yet hilarious sampling of the reactions to Trump’s comment. While there are literally thousands of examples to choose from, I’ve only included examples from those who are public figures. 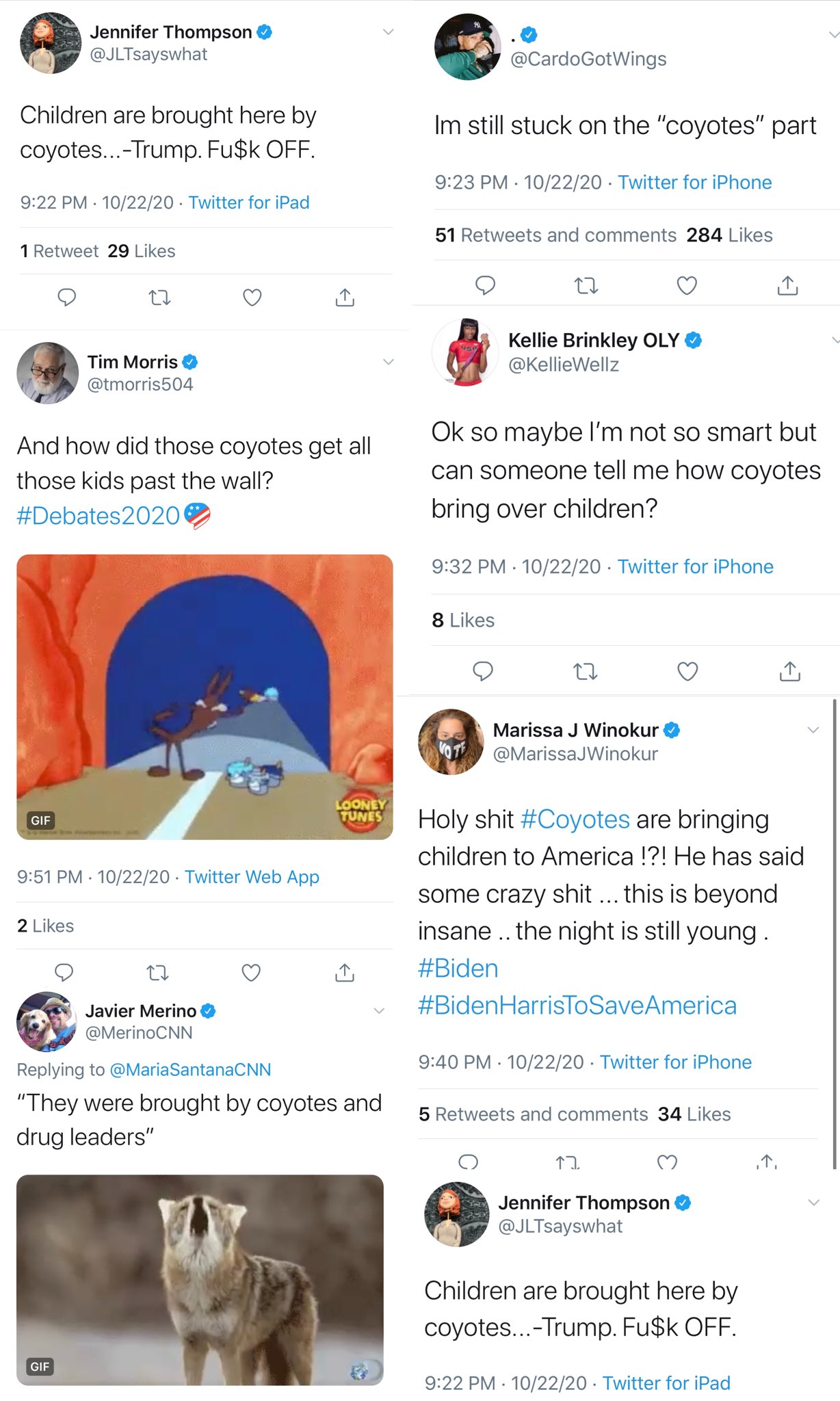 Of note to the question Trump was asked, the “parents of 545 children cannot be found” talking point, which is sourced from a NPR report, isn’t entirely accurate. As The Federalist’s John Daniel Davison notes:

The report claims that “the parents of 545 children still can’t be found,” but that’s not quite right. The NPR report omitted a statement issued by Department of Homeland Security spokesperson Chase Jennings explaining that in fact the vast majority of these parents have been found but have refused reunification with their children, which is why the children are still in DHS custody.

This narrative has been dispelled. In the current litigation, for example, out of the parents of 485 children whom Plaintiffs’ counsel has been able to contact, they've yet to identify a single family that wants their child reunited with them in their country of origin. https://t.co/mZ9DYWWXwP

The likely reasons the “parents” have refused reunification is because they actually aren’t the parents of the child.

Why would these parents refuse to be reunited with their children? Because their children are in the United States, and they are in their country of origin, most likely Guatemala, Honduras, or El Salvador. They don’t want their children to go back there, they want them in the United States. Many of these parents paid exorbitant amounts of money to get their children smuggled into the U.S., sometimes with adults posing as parents, sometimes unaccompanied and with a larger group of migrants. The whole point was to get their kids into the U.S. by any means necessary, even if it meant being separated.

Indeed, that’s often how “unaccompanied minors” show up on the border; their parents pay smugglers, called “coyotes,” to bring them across illegally, between the legal ports of entry, as part of an agreement with the cartel that controls a particular stretch of the border.

But don’t expect any journalists opining on immigration to know that.