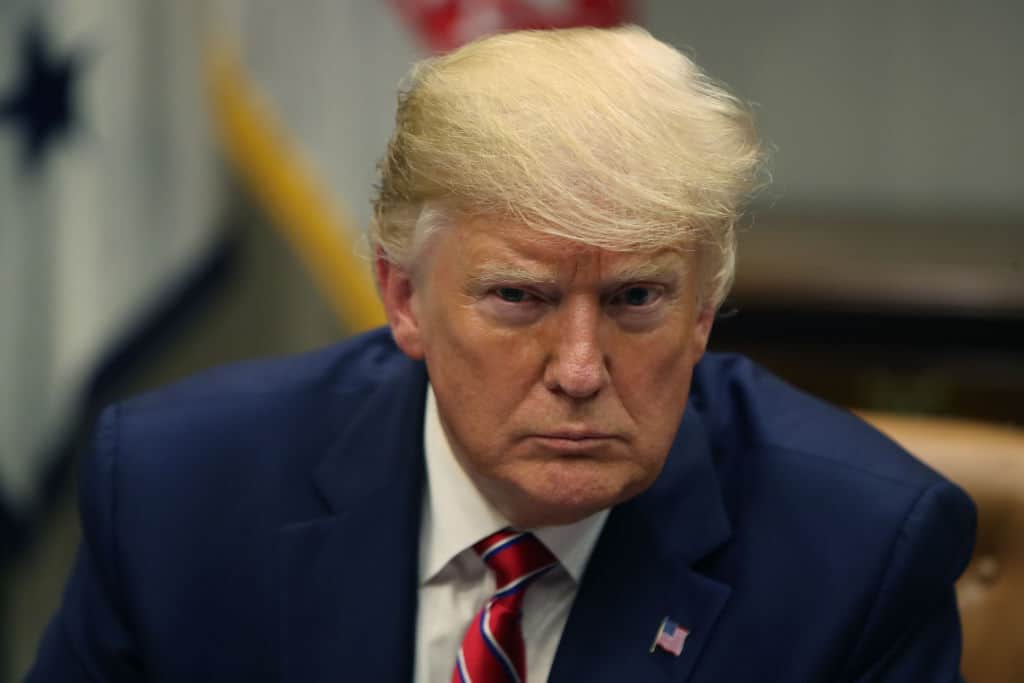 President Trump joined Dan today as part of his new interview series where the two discussed a variety of hot topics including the Ukraine “whistleblower,” the Russia hoax, the economy, the future of the Supreme Court, health care and the black vote in 2020.

President Trump also took the time to blast the sham impeachment hearings as a “disgrace to our country.”

“In the meantime they’re not doing any work,” said Trump. “We have one of the greatest trade deals ever made and everybody wants it including the Democrats and Nancy Pelosi, it sits on her desk for months…our farmers need it our manufacturers need it, the auto companies need it and she doesn’t do a thing with it.”

President Trump also put to rest the liberal conspiracy theory of an alternative “secret transcript” floating around. “It’s very accurately transcribed, I mean, that’s exactly what I remember of the call,” he said.

Of the so-called “whistleblower,” President Trump said “everyone in Washington knows who it is….the fake news doesn’t want to print it.” If the situation had been reversed, however, and the “whistleblower” was complaining about a Democrat president, Trump says he believes the media would have released the name by now.

When it came to Congressman Adam Schiff, President Trump didn’t hold back.

“He made up a conversation and read that into the record. That was one of the most disgusting things I’ve ever seen in politics and if he didn’t have immunity he’d be in jail for what he did,” referring to Schiff’s “parody” version of President Trump’s phone call with Zelensky.

President Trump lamented the lack of aid for Ukraine from European countries like Germany, France and the United Kingdom. “Why aren’t they giving? Why is it always the United States that’s giving? It’s certainly much more important to them because they’re essentially a wall between them and Russia…they should be helping much more…”

The president had much to celebrate in his interview, including the fact that he is sticking to his campaign promise and draining the swamp.

“We’re draining the swamp one by one,” he said. “You look at Comey, he’s gone, you look at McCabe…Strzok and his lover, Page and Brennan…”

When asked about Obamacare and whether or not he will further tackle the disastrous legislation upon reelection in 2020, President Trump said he hopes to make health care more affordable if Republicans take back the House of Representatives.

“By getting rid of the individual mandate..it was the worst provision in Obamacare and it was totally unconstitutional,” said the President. “What we’re going to do is if we get the House back we are going to have a much better version of Obamacare that’s much less expensive.”

The President also vowed to stick to his original list for Supreme Court contenders should another vacancy open up on the bench.

When asked about the black vote in 2020, President Trump cited his work on criminal justice reform and the black unemployment numbers and said, “I think I’ve done more for the African American vote maybe than any other president in history.”

Listen to the full interview below: