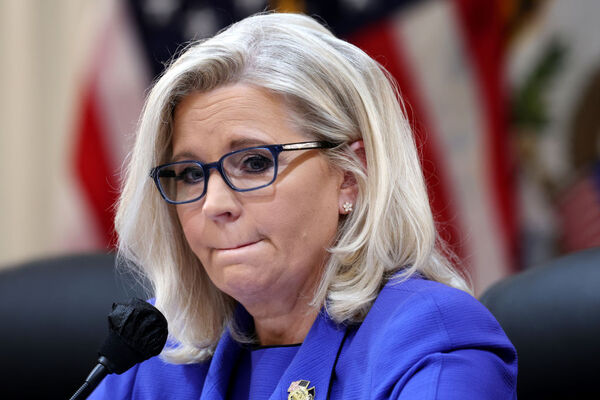 GettyImages-1402027415 by House January 6 Committee Holds Hearing To Present Findings is licensed under N/A Getty
Photos by Getty Images
Alleged Republican and soon-to-be former Congresswoman Liz Cheney has finally provided us with some instruction on how to get her to leave the GOP once and for all.

Speaking at the Texas Tribune Festival, the daughter of famed hunter Dick Cheney told the Texas Tribuine's CEO Evan Smith "I certainly will do whatever it takes to make sure Donald Trump isn't anywhere close to the Oval Office. The woman who lost her primary by over 37 points thanks to Republican voters then added “I'm going to make sure Donald Trump, make sure he's not the nominee. And if he is the nominee, I won't be a Republican."

If Trump does decide to run again, you can expect to see this one in a campaign ad.