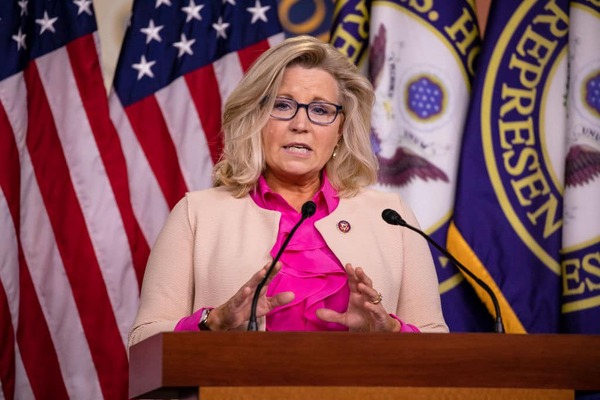 Liz Cheney Ousted From GOP Leadership by Matt Palumbo is licensed under N/A N/A
Photos by Getty Images
Alleged Republican Liz Cheney committed to leaving the GOP once and for all if Donald Trump is the 2024 Republican nominee - but she’s already signaled she would vote Democrat for what she claims is the first time in two particular races, if she was able to.

At an event for the McCain Institute at Arizona State University, Cheney denounced the Trump-backed candidates in Arizona races for Governor (Kari Lake) and Secretary of State (Mark Finchem).

“For almost 40 years now I’ve been voting Republican. I don’t know that I have ever voted for a Democrat. But if I lived in Arizona now I absolutely would … for governor and for secretary of state,” Cheney said, adding “We cannot be in a position where we elect people who will not fundamentally uphold the sanctity of elections, and I think that’s got to be, you know, more important than anything else.”

Just last month Cheney pledged to do “everything [she] can” to defeat Kari Lake - which Lake said “might be the biggest, best gift I ever received.”