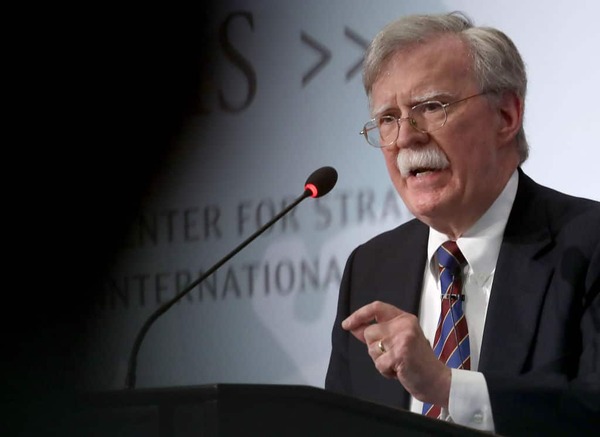 A new contender has (potentially) entered the 2024 presidential race.

During an appearance on NBC’s “Meet the Press Now,” John Bolton announced that he was mulling a 2024 presidential run to challenge Donald Trump. This comes despite the fact that not a single person in the history of humanity has ever wanted John Bolton to be President.

“We’ve got perhaps a dozen or more potential presidential candidates looking to 2024. I think every one of them, before they declare their candidacy, should say, ‘Donald Trump was wrong. We repudiate him. He doesn’t belong in the Republican Party,'” Bolton said, before adding “And, honestly, if they don’t, there’s one thing that would get me to get into the presidential race, which I looked at in previous elections. It would be to make it clear to the people of this country that Donald Trump is unacceptable as the Republican nominee.”

According to the bookies, not a single bet has ever been placed that Bolton will be the president in 2024. That's despite the fact that many bets have been placed on other long shots who have no chance of being president in 2024, such as Tucker Carlson, Michelle Obama, Pete Buttigieg, Andrew Cuomo, and Gavin Newsom, among many others.   Matt Palumbo is the author of Fact-Checking the Fact-Checkers: How the Left Hijacked and Weaponized the Fact-Checking Industry and The Man Behind the Curtain: Inside the Secret Network of George Soros Don't miss The Dan Bongino Show