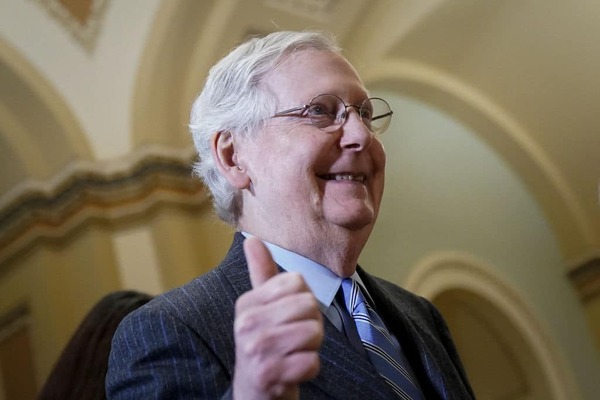 Amid an economy that most analysts see heading into recession in 2023 (after falling into a technical recession earlier this year), mass inflation, record border crossings that are about to get worse if/when Title 42 expires, and trillion dollar deficits, among countless other problems, Mitch McConnell has revealed what he believes the “number one” priority Republicans is: sending Ukraine more money that we don’t have.

Speaking to reporters while making the case for sending more money to Ukraine that we’ll immediately lose track of, McConnell said that “providing assistance for Ukrainians to defeat the Russians is the number one priority for the United States right now according to most Republicans. That’s how we see the challenges confronting the country at the moment.”

That could be true among Republicans in Congress, but not their voters. A Pew Research poll ahead of the midterms found that the top issues motivating Republican voters were the economy, violent crime, and immigration.

Thus far the U.S. has approved $68 billion in aid to Ukraine, and another $44 billion could be heading their way if Congress gets what they want. For reference, Russia’s entire military budget in 2022 was about $75 billion.


Matt Palumbo is the author of Fact-Checking the Fact-Checkers: How the Left Hijacked and Weaponized the Fact-Checking Industry and The Man Behind the Curtain: Inside the Secret Network of George Soros Don't miss The Dan Bongino Show