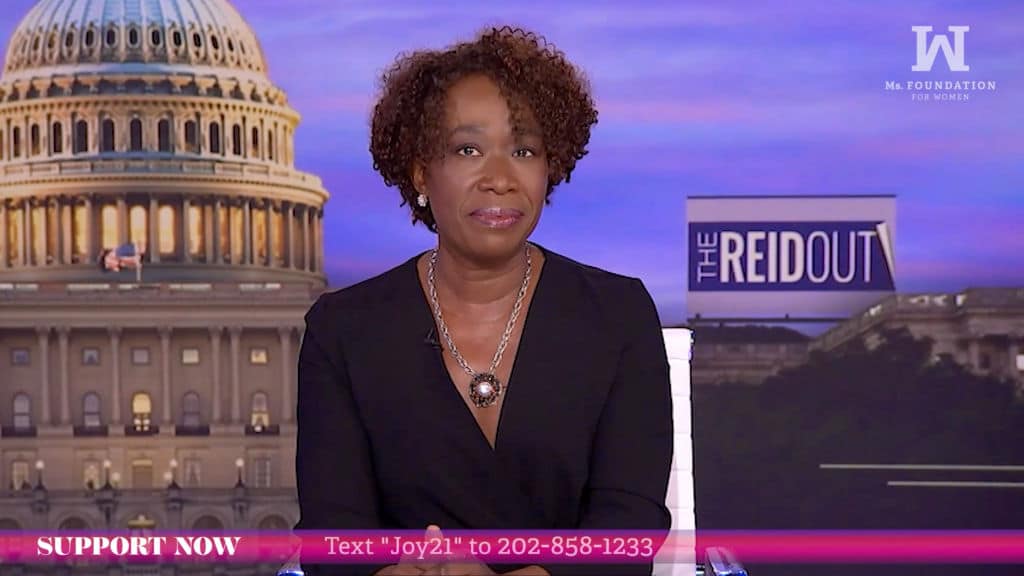 After days of bickering on Twitter, MSNBC’s Joy Reid finally decided to have on critical race theory critic Christopher Rufo. Rufo is a senior fellow and director of the Initiative on Critical Race Theory at the Manhattan Institute, and reportedly played a role in influencing President Donald Trump’s executive order banning federal agencies from having critical race theory based diversity training (that Biden later nixed).

When Rufo initially challenged Reid to a debate, she deflected by accusing him of making “white man demands.” Rufo fired back “I’m challenging you to a debate about critical race theory. The real question: are you going to accept this challenge or not?”

Eventually she did accept the challenge –  and exposed her own incompetence and inability to dialogue in good faith in the process.

Reid barely allowed him to utter a sentence before cutting him off throughout the interview.

Rufo told Reid that she had spread “four key false pieces of information” about CRT, listing her claims that it “wasn’t being taught in schools,” that most American students have been taught what she calls “confederate race theory” and that slavery was “not so bad,” that state legislation will “prevent” schools from teaching the history of racism, and that CRT isn’t rooted in Marxism.

“I think that all four of those claims are wrong and I would love to discuss them tonight,” Rufo said, not knowing that Reid will avoid addressing them for the rest of the interview.

Reid kept citing Rufo’s “talking points memo” that “definitely seems to be working” within GOP politics, but then listed off various comments Rufo had made she insisted were false and any time he attempted to explain what he said was factual, she refused to allow him to address it at the moment.

She then went to bat for author Ibram X. Kendi, who Rufo asserted was the “guru” of CRT, by reading a statement he gave to “The ReidOut” saying he doesn’t identify as a “critical race theorist” despite his admiration for the ideology.  “Joy, let me respond,” Rufo jumped in. “This is not a monologue. This should be a dialogue, right?”

“Well, it’s my show. So it’s how I want to do it,” Reid shot back before continuing her rant.

And it all continued downhill from there.

As the interview wound down, Rufo sarcastically declared Reid the “most prestigious Christopher Rufo Theory scholar in the world.” “I hope that next time, you at least give me a chance to complete two sentences,” he continued.