In the early years of the Trump presidency, the media complained about how lack of press briefings.

Now that Trump is holding the briefings they’ve been asking for the past few years, they’re demanding that the major networks stop broadcasting them (which would be a great way for them to boost Fox News’ viewership).

The reason why couldn’t be more obvious – because when Trump is allowed to speak directly to America without the media filtering what he’s saying, it turns out they like what he has to say. And it also turns out that the Trump America is now seeing compared to the Trump the media has presented has caused trust in the media to rightfully plummet.

The public trusts Trump more on the crisis than the media, but according to a new poll from Rasmussen Reports, likely voters are roughly split on whether or not the media biased against Trump in their reporting:

Among all likely voters, 53% give positive marks to the media coverage, while 24% rate it as poor. Forty-nine percent (49%) think most reporters are trying to report the coronavirus news in an unbiased fashion. Forty-three percent (43%) say most are trying to hurt Trump politically instead.

Men are more likely than women to think most reporters are out to get the president politically. The older the voter, the more likely they are to approve of the media coverage and the more confidence they have that the average reporter is reporting the news in an unbiased manner.

While some are paying attention, it should be the case that 100% see the media as biased against Trump on this issue. After all, has CNN, MSNBC, or any other mainstream outlet bothered to report that of any major country, the U.S. has among the lowest coronavirus deaths per capita? 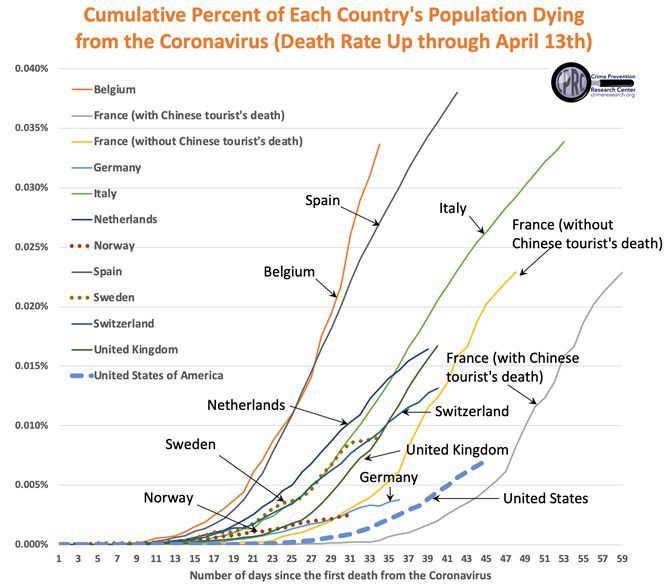