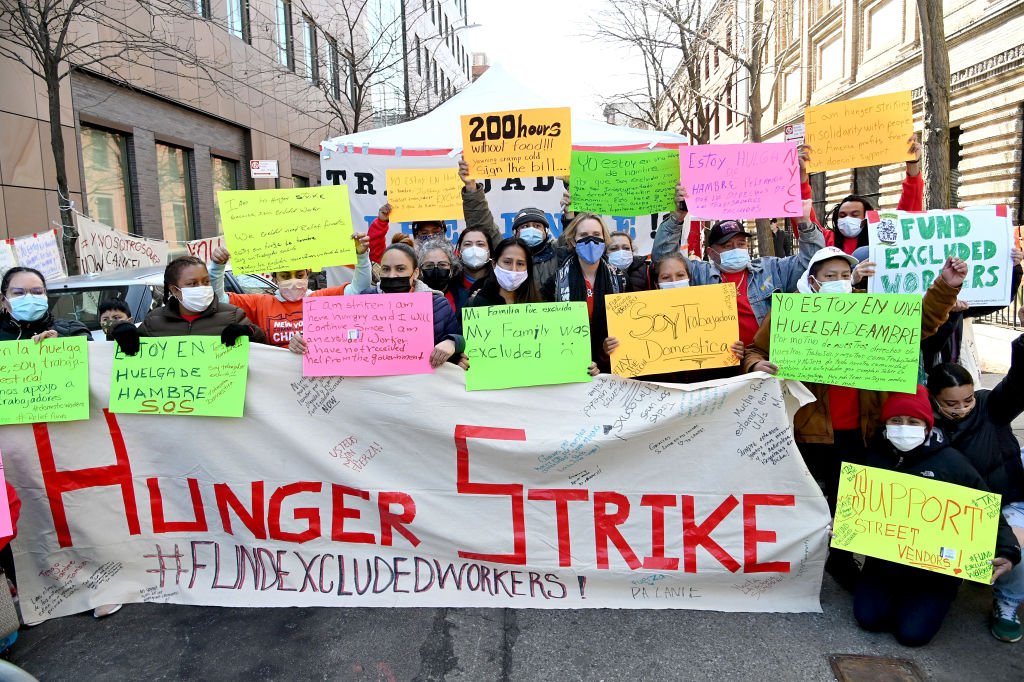 Illegal aliens in New Jersey have gone on a hunger strike in an effort to convince New Jersey lawmakers to give them money. This comes on the heels of New York’s bizarre decision to give illegal aliens a $15,600 payment as compensation for the difficulties they may have had getting work because of the Coronavirus.

The illegal aliens in New Jersey are asking for a $2000 dollar direct payment and $600 dollars a week in benefits.

Governor Phil Murphy initially offered $40 million dollars in benefits. However, Amy Torres, Executive Director of the New Jersey Alliance for Immigrant Justice said that giving illegal aliens only $40 million dollars of other people’s money for nothing is “crumbs,” adding: “This indicates that the state is not serious aside from scoring a couple of political points with headlines by offering crumbs. …How much longer is the state going to force people to fast?”

It seems unlikely that Murphy’s counter-offer will be rounding up all the illegals asking for benefits so they can be shipped back to their home countries to finish their hunger fasts there, but it should be. This is that famous never-ending slippery slope that you hear about in action. It starts with, “Let them break the law. They just want to work. I might do the same thing in their position” to “You’re racist if you think we should enforce the laws on the books” to “We should give them taxpayer money just because they’re here illegally.” While we’re at it, why would a hunger strike persuade anyone in 2021 America? Most relatively healthy people can probably make it at least 40-50 days without food and realistically, they’re all lying about being on a hunger strike anyway. You put those illegals on a scale and come back in a couple of months and half of them will have gained weight and none of them will have starved.

The reality is that illegal aliens deserve nothing except a permanent ban on entering America, a trip back home, and a demand that their government pay the cost of catching and transporting them out of our country. Immigrants to our country that do things the right way deserve respect. Illegal aliens broke the law, and certainly shouldn’t be subsidized for it.

John Hawkins is the author of 101 Things All Young Adults Should Know. You can follow him on Parler here. His new website is Cryptonewslinks.com.