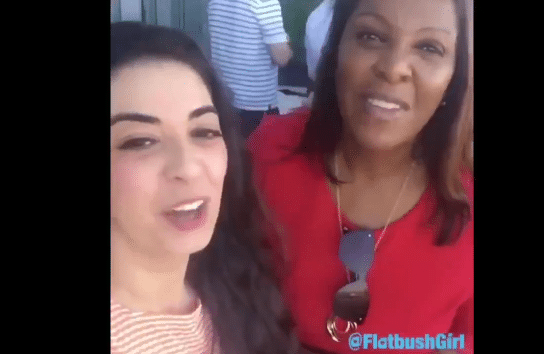 In a not-at-all-shocking turn of events that anybody could’ve possibly seen coming, the New York Attorney General attempting to dissolve the NRA and investigate the Trump Organization speaks with glee about her status as an anti-Trump partisan.

AG Letitia James has held the position since 2019, and has already started a number of notable witch hunts.

Her lawsuit against the NRA accuses them of self-dealing, and taking on the NRA is something she campaigned on, calling them a “terrorist organization” before taking office. As legal scholar Jonathan Turley notes,”That is what makes the NRA complaint a tragic irony. If taking power to benefit yourself rather than your organization is the measure, the complaint could indict herself. Her demand to dissolve the NRA in order to pander to voters undermines the case presented by her office. While dissolution is simply absurd, James shows us absurdity and popularity can often move hand in hand in New York politics.”

And video evidence making the rounds on social media after these developments is proving that once again, AG James puts the “partisan” in “partisan witch hunt.” The video dates back to early 2019, but hasn’t received much attention until now, because it proves that AG James is following through on her partisan promises.

“What would you say to people who say ‘oh I’m not going to bother to register to vote because I’m just one person or because my voice doesn’t make a difference?'” AG James is asked by the individual recording.

“I just say one name: Donald Trump” AG James replies. “That should motivate you.”

“Will you sue him for us?” the woman recording asks.

“Oh we’ll sue him. We’ll be a real pain in his ass. He’s going to know my name personally” AG James replies, laughing.