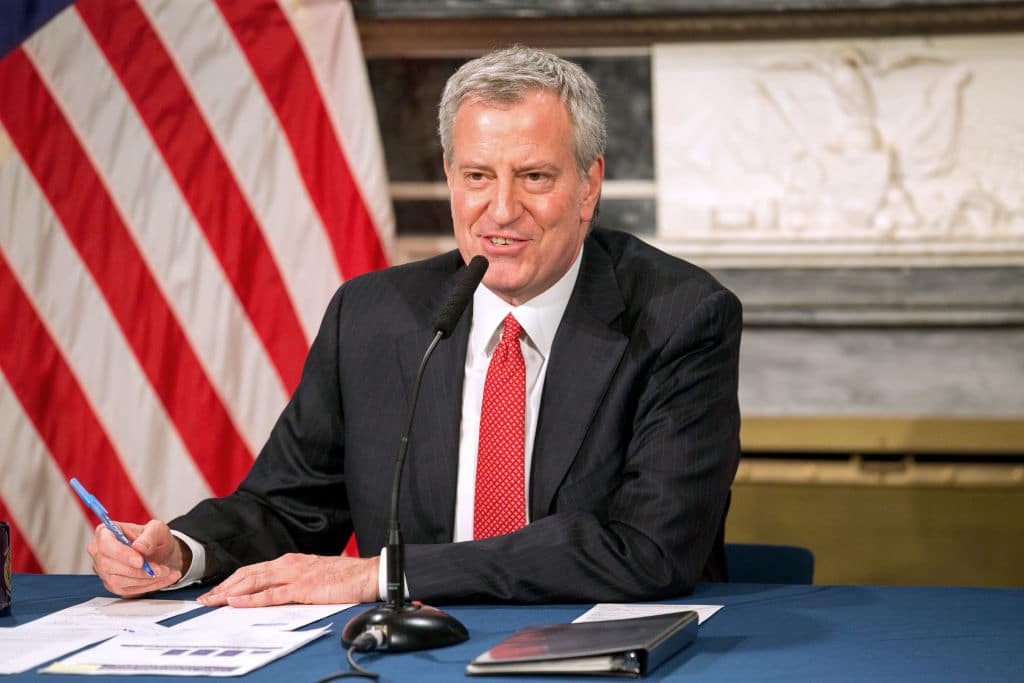 The Troopers’ union president added that the city’s restrictions on police officers are setting them up for failure, and they cannot work well under those conditions.

Mungeer told Fox & Friends that “[B]y raising the bar and almost making it impossible for my members to safely arrest, we’ve had enough. I want them out. What has me alarmed is that troopers that are trained in certain tactics to arrest violent people can now be arrested for using those tactics within the five counties of New York City. Those tactics are still legal in the other 57 counties that make up New York state.”

On Wednesday afternoon, de Blasio signed Administrative Code section 10-18 into law, which makes it a misdemeanor for an arresting officer to restrain someone “in a manner that restricts the flow of air or blood by compressing the windpipe or the carotid arteries on each side of the neck, or sitting, kneeling, or standing on the chest or back in a manner that compresses the diaphragm, in the course of effecting or attempting to effect an arrest.” This new law makes it “extremely tough to arrest a violent person,” Mungeer said.

Mungeer added, “[I]n the end, my troops could be held criminally liable or similarly liable for the way they’re trained or acting the way they’re trained. It’s unbelievable that one of my troopers can pursue someone down the New York state freeway, then that car can stop on the New York City border: one set of arrest tactics can be used at the bumper of the car and that person is out and acting violently and another set of the rules have to be used at the front bumper of that car depending on where they are at the city border. You just can’t have two sets of rules in a state.”

De Blasio and the Left have unquestionably destroyed New York City. The only question is whether they don’t know or don’t care.