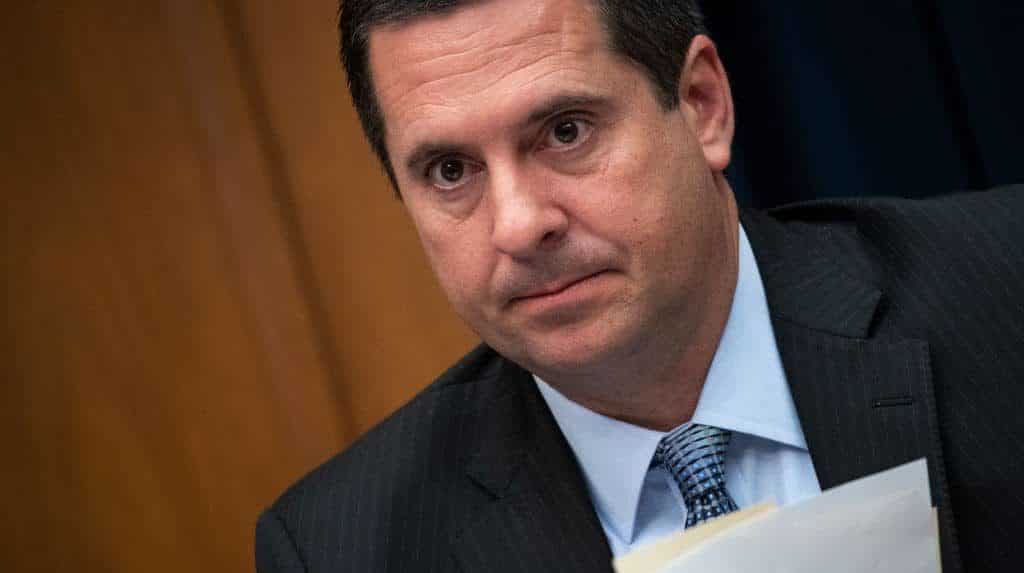 Congressman Devin Nunes (R-CA) claims that the infamous “insurance policy” text message between FBI lovers Peter Strzok and Lisa Page referred to their ability to obtain a FISA warrant to spy on the Trump campaign.

The August 2016 text message from Strzok to Page stated, “I want to believe the path you threw out for consideration in Andy’s office — that there’s no way he gets elected — but I’m afraid we can’t take that risk. It’s like an insurance policy in the unlikely event you die before you’re 40.”

Speaking to Fox News’ Sean Hannity last night, Nunes said, “We believe that ‘insurance policy’ is not just about investigating the Trump campaign. We believe it’s to ensure that they were able to get the FISA warrant on Carter Page so they could go in and look at the emails in the campaign.”

Nunes also told Hannity that the FBI was aware of the problems pertaining to the reliability of the infamous Steele dossier and knew it was opposition research for the Clinton campaign.

“These really were the perverted fantasies of [Fusion GPS Founder] Glenn Simpson working with the Clinton campaign to say ‘What can we draw up here that we can spread out lies to the American people, that we can feed into the FBI and – lo and behold – let’s get an investigation going into the Trump campaign.’ That’s really what happened here,” Nunes said.

In July of 2018, Page explained to lawmakers in her closed-door testimony that the “insurance policy” referred to the fact that the FBI’s investigation into Trump-Russia collusion would become more significant if he were to be elected president.

“If he is not elected, then, to the extent that the Russians were colluding with members of his team, we’re still going to investigate that even without him being President, because any time the Russians do anything with a US person, we care, and it’s very serious to us,” Page said.
“But if he becomes President, that totally changes the game because now he is the President of the United States,” she continued. “He’s going to immediately start receiving classified briefings. He’s going to be exposed to the most sensitive secrets imaginable. And if there is somebody on his team who wittingly or unwittingly is working with the Russians, that is super serious.”
N/A by N/A is licensed under N/A N/A
Photos by Getty Images