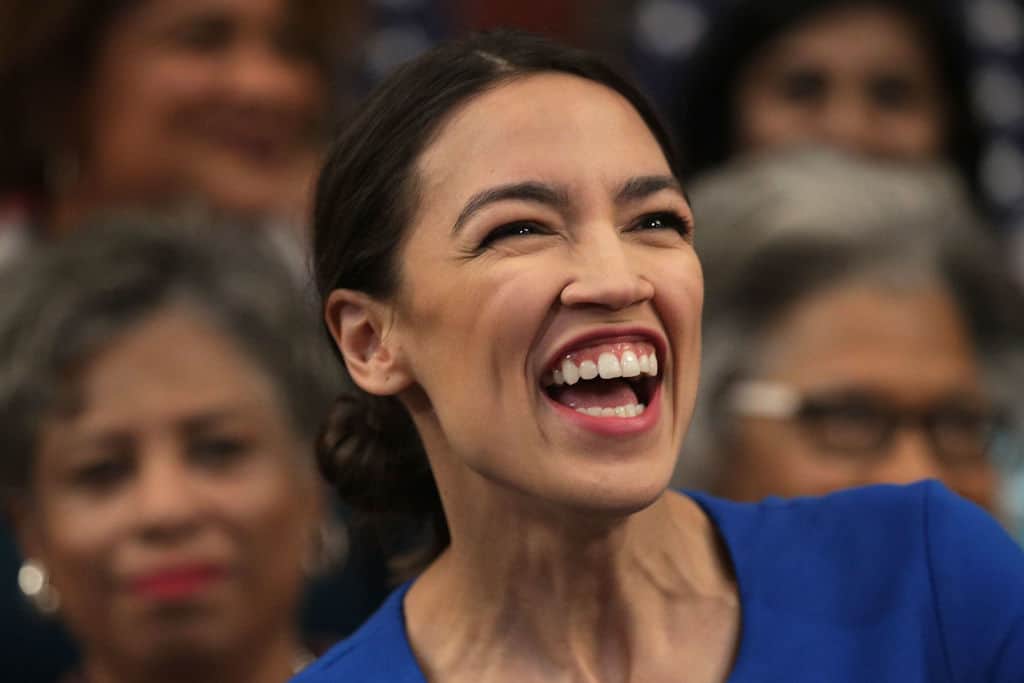 Replying to a Bloomberg, Ocasio-Cortez wrote “@JoaquinCastrotx and I aren’t going to let the President declare a fake national emergency without a fight.”

.@JoaquinCastrotx and I aren’t going to let the President declare a fake national emergency without a fight. https://t.co/iPlcVVsm6U

The President announced this morning in the Rose Garden that he would sign a national emergency.

“I’m going to be signing a national emergency and its been signed many times before. It’s been signed by other presidents from 1977 or so it gave the presidents the power,” he said.  “There has rarely been a problem…They sign it. Nobody cares…they sign it, for far less important things…in many cases. We’re talking about an invasion of our country. With drugs, with human traffickers, with all types of criminals and gangs…”

Prior to the President’s announcement, Acting Chief of Staff Mick Mulvaney told reporters that President Trump will have access to about $8 billion for border security.

“With the declaration of a national emergency, the president will have access to roughly $8 billion worth of money to secure the southern border,” Mulvaney said.

KUTV reports that the funds the White House has identified include: