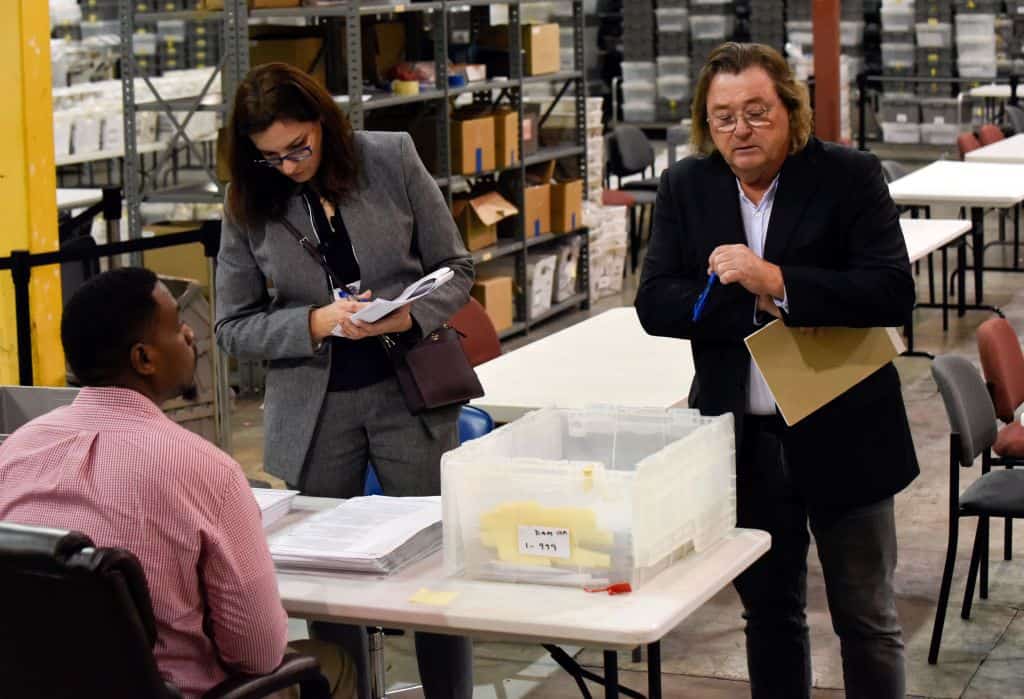 Palm Beach County failed to meet the 3 p.m. ballot recount deadline, forcing the county to revert back to the original vote count for the midterm election, which was completed on Saturday.

“It was a heroic effort and we just completed uploading our Saturday results, as was required by law. If we had three or four more hours, we might have made the time” said Bucher.

The county has encountered multiple problems throughout the election, and on Tuesday, some of the outdated machines had overheated and stopped working.

“The reality is that we were very close two nights ago and then our machines went down,” she said. “It’s not for lack of human effort.”

Some have called on Bucher to step down given her handling of the election. However, she is adamant that she’s the right person for the job.

“This is our democracy and I am here to count every vote and I will take the time that’s required and you can see I haven’t been home for three days,” she said. “I don’t think you’re going to find somebody else that has the dedication.”

Meanwhile, Broward County, which has also been plagued with problems, finished its machine recount just 14 minutes before the 3 p.m. deadline.

In all of Florida’s 67 counties, Palm Beach is the only one to miss the recount deadline.