The latest polling out of Portland’s Mayoral race indicates that the city will likely be in a perpetual state of disarray for the foreseeable future.

Current Mayor Ted Wheeler has already been notoriously week on the antifa crazies that have been rioting in his city for the past four months uninterrupted. He’s allowed them to burn and loot without consequence, and has refused federal assistance. Recently the DOJ labeled Portland an “anarchist jurisdiction” over the chaos.

Wheeler is deeply unpopular in Portland, hated by both those affected by the chaos he enables, and by the antifa members carrying out that chaos, who think he isn’t far enough to the left. If they get their way however, Portland could see their first “antifa Mayor.”

Left-wing activist Sarah Iannarone will face off against Wheeler in a runoff election on November 3rd. In a tweet from January of last year Iannarone wrote “To those who say Antifa are violent thugs: I am not a violent thug and I am Antifa. I am Antifa because the Red Hats are coming after brown & black people, after Jews, after queer & trans people, and more. They are coming after our democracy.”

This is going to get very real. pic.twitter.com/Dzrfx87sqW 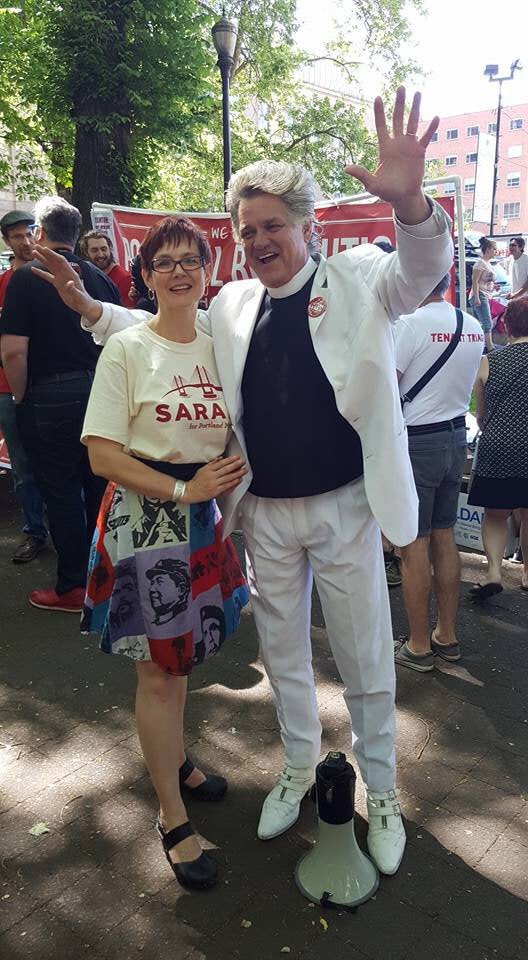 But back to the race; polling in late June had the race in a dead heat, with 33% saying they’d vote for Wheeler, and 32% for Iannarone (and 35% unsure). Now she’s taken the lead. According to Willamette Week:

Portland Mayor Ted Wheeler trails his challenger Sarah Iannarone by 11 points, according to a poll of likely voters conducted by DHM Research on behalf of the Portland Business Alliance.

The results were presented at a PBA meeting last week.

Wheeler polled at 30% to Iannarone’s 41%, with the remaining 29% of surveyed voters split between writing in a candidate (16%) or remaining undecided (13%). It’s an especially notable result given that the poll was not conducted by either campaign, though PBA is supporting the mayor. (The poll has a four percentage point margin of error.)

Just when everyone though Portland couldn’t possibly get any worse, here comes Iannarone to help prove the naysayers wrong.