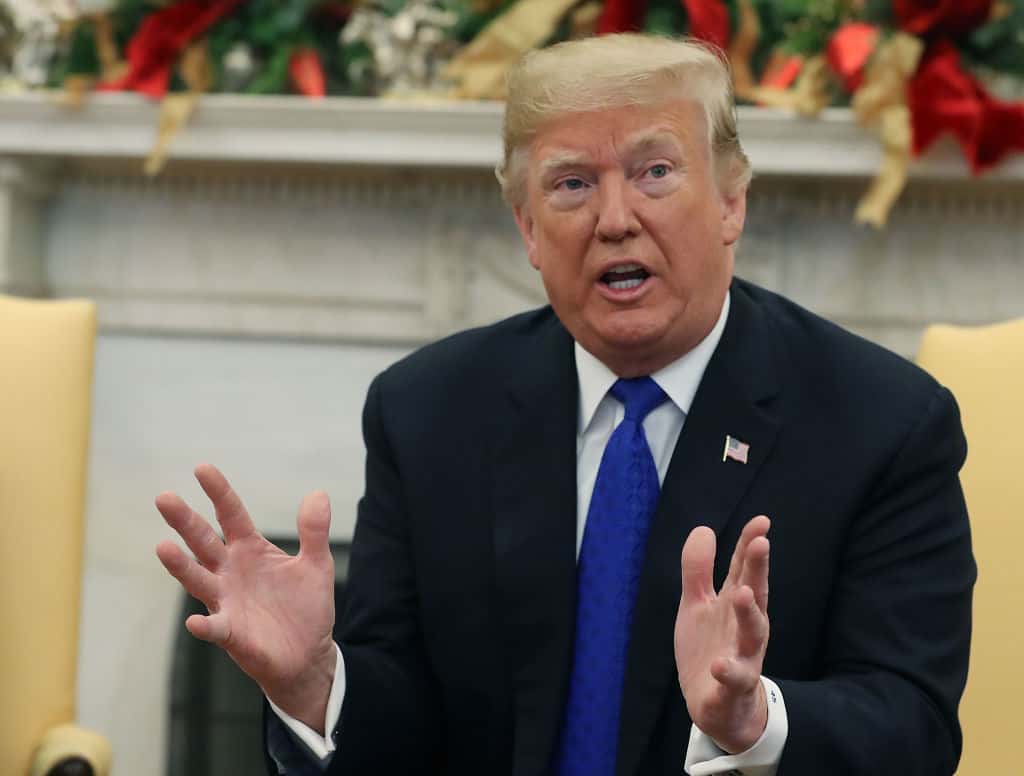 A partial government shutdown has taken place after the Senate failed to reach an agreement and include funding for the border wall in a stopgap spending bill.

President Trump posted a video message on Twitter where he stressed the importance of border security and urged Senate Democrats to “be bipartisan.”

OUR GREAT COUNTRY MUST HAVE BORDER SECURITY! pic.twitter.com/ZGcYygMf3a

Our great country must have border security. We don’t want people coming in that aren’t supposed to be here. We want people to come in through a legal process.

The only thing that’s going to stop that is great border security, with a wall, or a slat fence, or whatever you want to call it. But we need a great barrier, and if we don’t have it it’s never going to work.

Last night the House of Representatives passed this very important bill 217 to 185. Some people were surprised by the number. I wasn’t, because everybody wants to see our border protected

Now it’s up to the Senate, and it’s really up to the Democrats, because we need their votes. There’s no way it can pass without their votes.

We’re going to have a shutdown. There’s nothing we can do about that, because we need the Democrats to give us their votes. Call it a Democrat shut down. Call it whatever you want, but we need their help to get this approved.

So, Democrats, we have a wonderful list of things that we need to keep our country safe. Let’s get out, let’s work together. Let’s be bipartisan, and let’s get it done. The shutdown hopefully will not last long. Thank you very much.