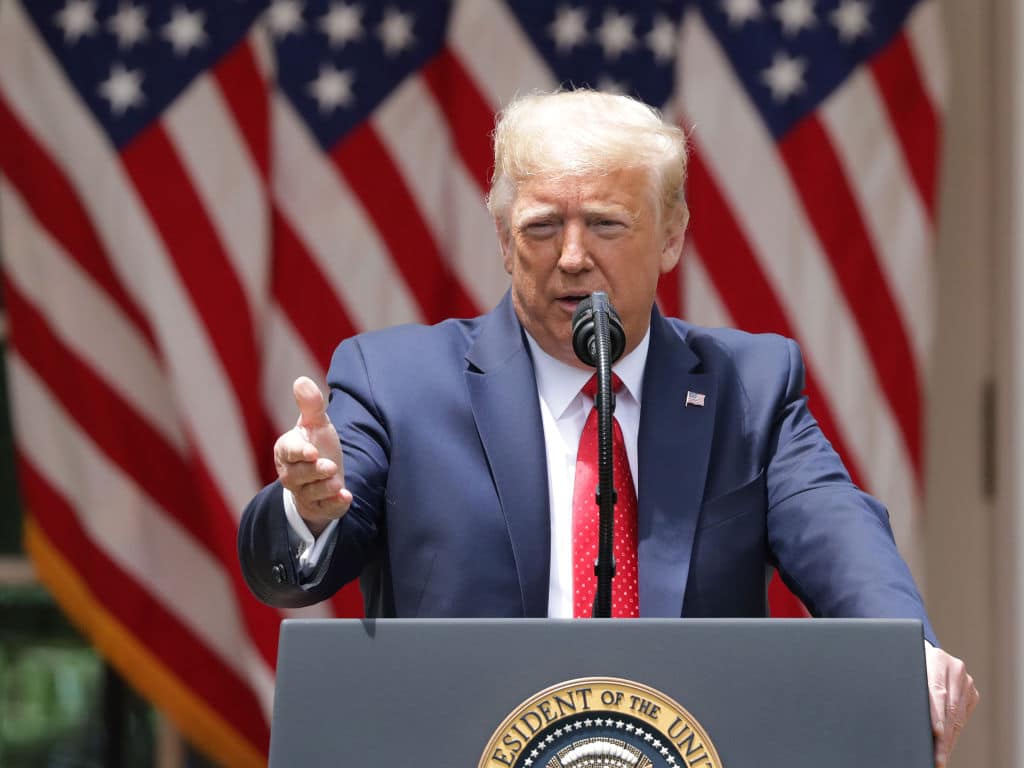 On Sunday, President Trump tweeted that the Department of Education could pull funding from schools that base their curriculums on the New York Times Magazine’s “1619 Project.”

The 1619 Project, which is nothing more than a critical-theory revisionist version of American history, assumes that the founding of the United States took place in 1619 when the first slave ships arrived in the colonies from Africa, as opposed to the real founding in 1776, when the Declaration of Independence was signed. The phony historical account, whose sole reason for existence is to promote an idea that the U.S. is flawed, is used in over 4,500 schools throughout the country.

According to Fox News:

“Trump’s tweet echoes the sentiment of a bill Sen. Tom Cotton, R-Ark., introduced in July. That bill proposed denying funds to any school that uses the 1619 Project in its curriculum. At the time, schools in areas including Chicago and Washington, D.C., had already amended their history curricula to reflect the project’s messages.

“The project, created by Nikole Hannah-Jones, was awarded the 2020 Pulitzer Prize for Commentary. However, multiple historians have criticized the series of articles for multiple inaccuracies, including the argument that the American Revolution was fought not to achieve independence from Britain, but to preserve the institution of slavery.

“In a statement, Cotton called the project ‘a racially divisive, revisionist account of history that denies the noble principles of freedom and equality on which our nation was founded.'”

It is egregious to indoctrinate children with false lessons which paint the founding of this country in such an abominable way. No one should have to fund this destructive Marxist garbage.