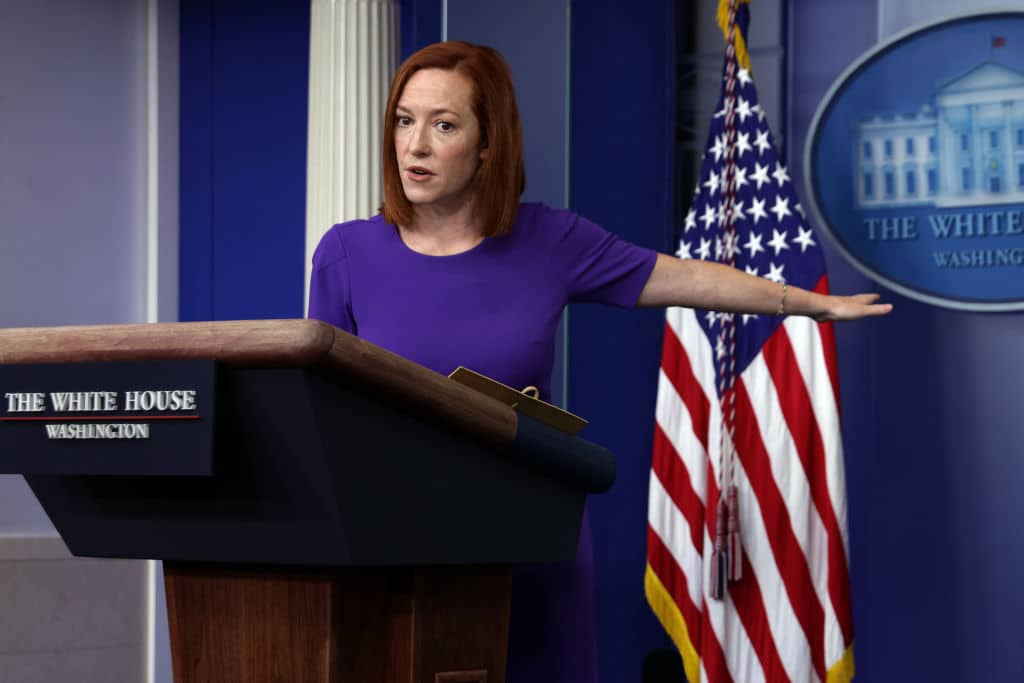 Despite his age, multiple national crises, collapsing poll numbers, and polls showing he’d lose in a rematch to his predecessor, Jen Pskai is confirming that Joe Biden plans to run again in 2024.

Biden signaling in December of 2019 that he’d only serve a single term if elected, but the tune has since changed on that.

CBS’ Ed O’Keefe asked “there was another round of stories over the weekend about the political fate of the President and the Vice President and who might run in 2024. And it quotes a lot of other Democrats or people who work for them. What is the White House’s message to those Democrats?”

“The White House’s message is: We’re focused right now on what the American people elected the President to do … just over a year ago, which is to get COVID under control, to put people back to work, and to help give people some breathing room, and we hope other people keep their focus on that as well,” Psaki replied. When asked if they should “knock it off” with the speculation, Psaki replied “The President has every intention of running for reelection, so that’s the other message for them.”

Then again, this is coming from Jen Psaki, so her answer could mean anything.