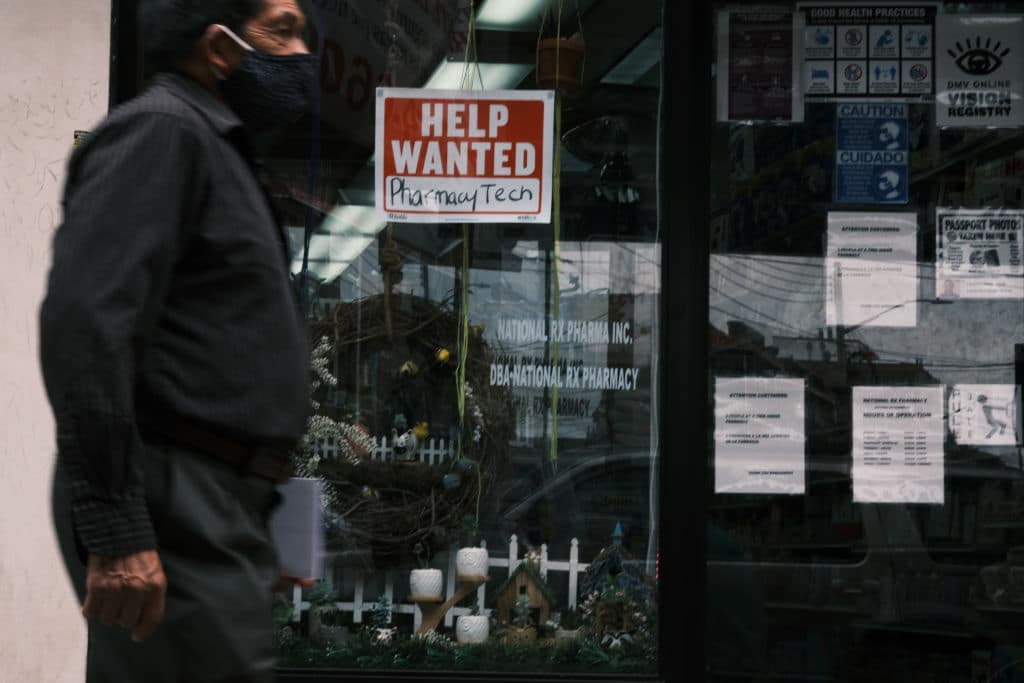 Within the course of a year and change the U.S. economy has gone from mass unemployment caused by a pandemic and subsequent government responses to it, to suffering from a labor shortage also exacerbated by government policy.

Generally speaking red states had the least restrictive lockdown measures while blue states had the most. A recent analysis found that states that voted for Trump saw their unemployment rates drop an average of 2.5 percentage points during the pandemic, while states that voted Biden saw declines of 6.2 percentage points. The divergence peaked in October when blue states had unemployment rates nearly 60% higher than red states.

A similar trend holds true for the recovery. Of the top 20 states that recovered the fastest from the pandemic (measured in terms of the percentage of jobs recovered that were lost), 17 have Republican governors. Idaho and Utah lead the pack, having recovered more jobs than they lost from the pandemic. They recovered 114.4% and 113.2% of their respective job losses.

Democrat governors have yet to get the memo, and that’s helped fuel the national labor shortage.

Job openings in April soared to a new record high, with 9.3 million vacancies coming as the economy rapidly recovered from its pandemic depths.

The standard set in April was well above the 8.3 million in March that itself was a new series high going back to 2000 for the Labor Departments Job Openings and Labor Turnover Survey.

One big challenge for employers, however, is finding available labor. Child care issues, ongoing fears about the pandemic and the lure of enhanced unemployment benefits has kept the unemployment rolls at 9.3 million, about 3.6 million higher than pre-pandemic.

Quits, which are seen as a gauge of worker confidence that they can find other employment, rose considerably, to 3.95 million. That represented growth of 384,000, an increase of 10.8% that took the quits rate as a share of the labor force up to a record 2.7% from 2.5%.

During the pandemic the federal government began offering enhanced unemployment benefits of $600 a week per worker, which made sense at a time when there were no jobs for the unemployed to look for. That $600 boost ended in July 2020, and was resurrected by Biden in the form of a $300 weekly benefit at a time when economies were reopening. All of this is in addition to all other benefits one is normally eligible for, and has put many in the position of being able to earn more doing nothing than working.

Twenty-four Republican-led states have decided to do away with the weekly $300 boost. The benefits are set to expire naturally on September 6th, but these states will be ending them as soon as June 12, and 3.8 million will be impacted. Job searches immediately rose in the states that announced they’d be ending them early.