2016 presidential election silver medalist Hillary Clinton will be celebrating her birthday next Monday, and will be provided with yet another reminder that she’s not president, and the consequences that has caused for her party.

President Donald Trump has already confirmed two Supreme Court justices, and Republicans have the votes in the Senate to confirm his third nominee, Amy Coney Barrett. Mitch McConnell announced earlier today that the vote on Barrett will be held on October 26th – which just so happens to be Hillary’s birthday.

There is, of course, no evidence whatsoever that this was intentional, but it is an amusing case of cosmic irony.

After all, it’s evident from Hillary’s social media posts that she’s still not over losing the 2016 election, and on her birthday she’s going to be reminded once again that her loss has allowed Republicans to reshape the highest court in the land.

It’s even more amusing in light of how confident she was that her victory was merely inevitable. In a somehow-not-deleted tweet from 2016, she famously wished herself a happy birthday “to this future president.” 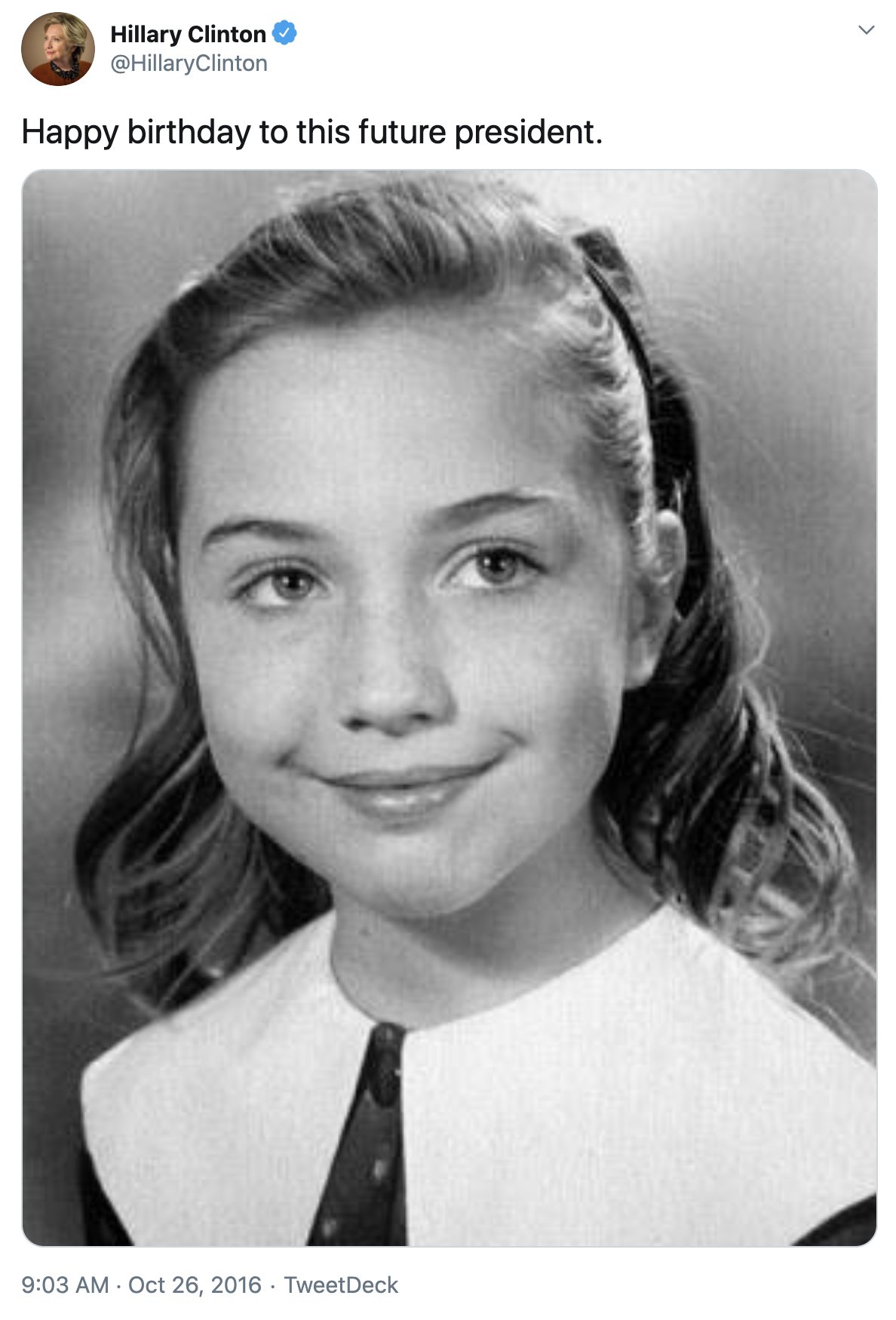 Hopefully she enjoys her gift this year!

Previous
Ep. 1373 Here’s What Trump Should Do During The Debate To Expose Biden
Next
Unemployment Is 59% Higher in Blue States Than Red States
Recommended for You