Strzok-Page Texts Were Wiped Before Inspector General Could Review Them 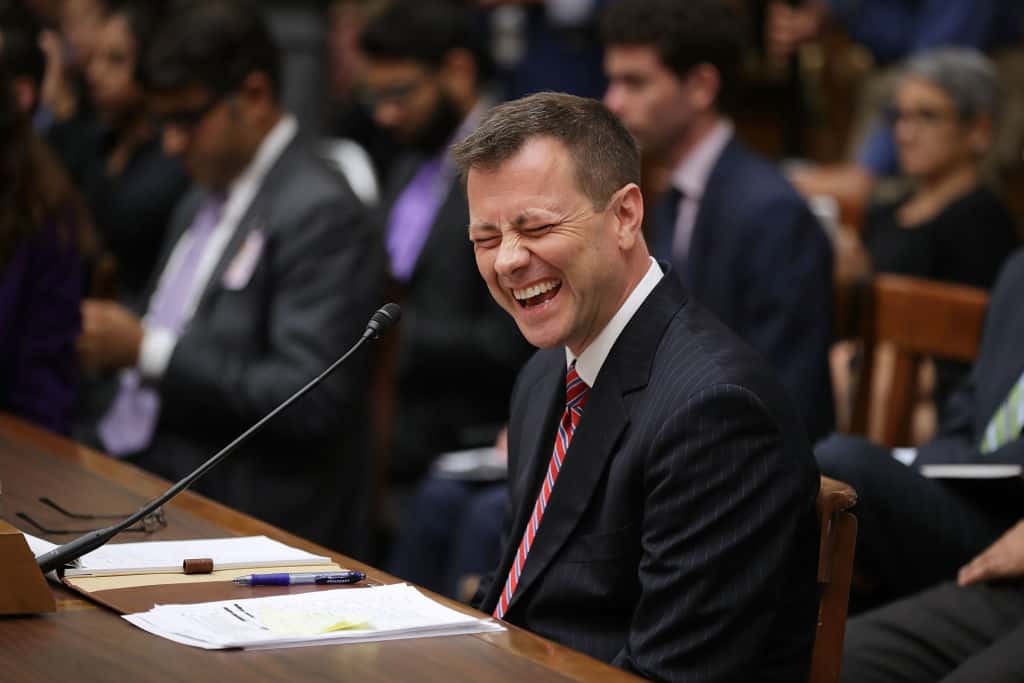 The 11-page report reveals that almost a month after Strzok was removed from Mueller’s team, his government-issued iPhone was wiped clean and restored to factory settings by another individual working in Mueller’s office. The special counsel’s Record’s Officer told investigators that “she determined it did not contain records that needed to be retained.”

“She noted in her records log about Strzok’s phone: ‘No substantive texts, notes or reminders,’” the report states.

When the OIG obtained his old cell phone in January, it had been issued to another individual within the agency and investigators were unable to recover any text messages sent or received by Strozk on that device.

Two weeks after Page departed Mueller’s team on July 15, 2017, her government-issued iPhone was also wiped and restored to factory settings and had not been reissued to another person within the agency. No one within the special counsel’s office or the Justice Management Divisions of the agency had any records as to who cleared all the data from the iPhone.

On January 12, 2017, the Inspector General announced it would review “whether the Department and the FBI followed policies or procedures in connection with, or in actions leading up to or related to, the FBI Director’s public announcement on July 5, 2016, and the Director’s letters to Congress on October 28 and November 6, 2016, and whether certain underlying investigative decisions were based on improper considerations.”

The Inspector General initiated the investigation into Page and Strzok’s phones after being notified of a “gap in text message data collection” between December 16, 2015 and May 17, 2017.

Strzok and Page (who were both part of the initial group of employees assigned to the Special Counsel’s Office) rose to infamy after text messages between the two revealed they despised Donald Trump and were rooting for Hillary Clinton to win the 2016 election. They also discussed a “media leak strategy” and a suspicious “insurance policy” in case Trump got elected.

Some of their most memorable texts (there are too many to list them all) include:

Page resigned from the FBI in May of 2018 and Strzok was fired in August.