Study: Green New Deal Would Cost up to $94 TRILLION, 600k Per Household 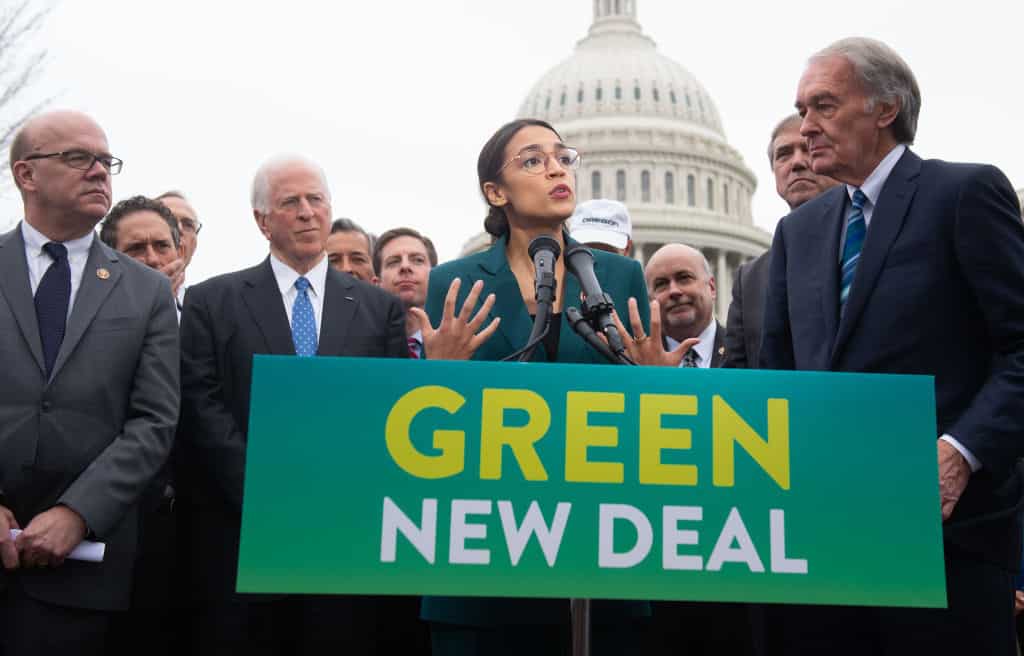 A new study has found that Rep. Alexandria Ocasio-Cortez’s Green New Deal would cost the United States up to $94 trillion.

According to the Washington Free Beacon, the study by the American Action Forum offers a “conservative” estimate of the costs associated with providing free housing, education, health care, and government backed jobs, among other socialist dream items.

Enough high-speed rail “to make air travel unnecessary,” would cost roughly $1.1 to $2.5 trillion. Universal Health Care, or a Medicare-for-all type plan, would cost $36 trillion over 10 years, totaling $260,000 per household in the United States.”

“The American Action Forum’s analysis shows that the Green New Deal would bankrupt the nation,” he said. “On the upper end, every American household would have to pay $65,000 per year to foot the bill,” he said. “The total price tag would be $93 trillion over 10 years. That is roughly four times the value of all Fortune 500 companies combined. That’s no deal.”

However, these facts likely won’t deter Ocasio-Cortez, who recently hit back at her critics and declared “I’m the boss.”

“You know what? I don’t care anymore. Again, I’m at least trying and they’re not,” she said at an event in New York on Friday. “The power is in the person who’s trying regardless of the success. If you’re trying you’ve got all the power,” she claimed.

“I just introduced ‘Green New Deal’ two weeks ago and it’s creating all of this conversation. Why? Because no one else has even tried… You try, you do it. Because you’re not. Until you do it, I’m the boss. How about that?”

Socialist Rep. Alexandria Ocasio-Cortez (D-NY) on the widespread criticism of her Green New Deal: "I’m like, you try. … Until you do it, I’m the boss! How about that?!" pic.twitter.com/vkp15KBttd