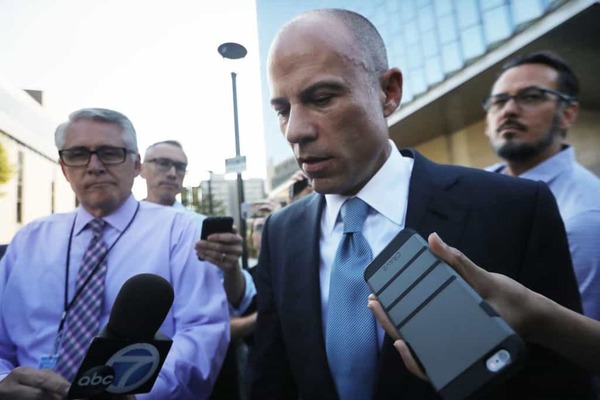 Former liberal media personality and once-potential presidential candidate (at least according to his enablers), Michael Avenatti, is facing the music….. again.

Earlier this week, the man who The View once compared to the Holy Spirit was sentenced to his lengthiest term yet - 14-years - for stealing millions of dollars from clients. He was also ordered to pay $11 million in restitution, the majority of which is owed to the IRS.

Sadly, but predictably, the same media that sung his praises has gone suspiciously silent throughout his continued fall from grace, which Fox News’ Greg Gutgeld reacted to on his show last night.

GUTFELD: Avenatti will start serving those 14 years after he finishes that term, and by then, I'll be 60. Now, for those of you too young to remember, Avenatti became quite the liberal hero. You know, like a tax collector or a doctor who gave sex changes to kids.

And the media, they couldn't get enough of Avenatti and that slick skull of his, handicapped by their own biases and poor judgment. Remember all this nonsense?

You're like that sack of eyeballs in the back of my fridge that didn't age well. No wonder CNN gave Brian Stelter his walking papers, whatever it takes to get him to exercise.

Watch his full reaction below:


Matt Palumbo is the author of Fact-Checking the Fact-Checkers: How the Left Hijacked and Weaponized the Fact-Checking Industry and The Man Behind the Curtain: Inside the Secret Network of George Soros Don't miss The Dan Bongino Show