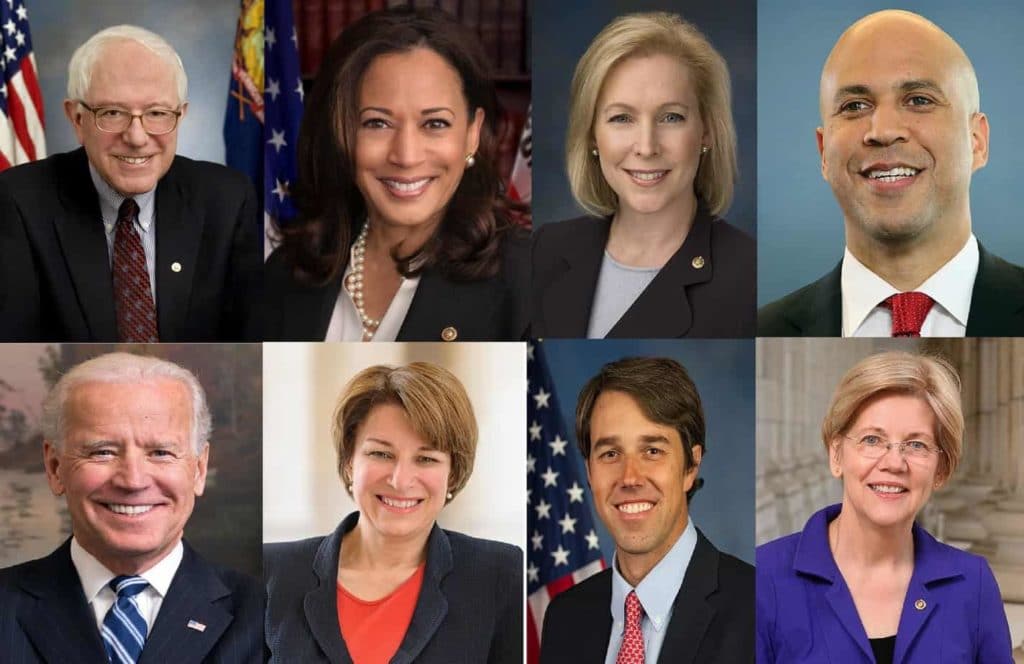 Part 1 concluded by quoting Bernie Sanders and Alexandria Ocasio-Cortez misinterpreting the Mercatus’ Institute study analyzing Medicare for All, which they claimed proved that a MFA plan would save the nation money. They’re arriving at this conclusion by claiming that while their MFA plan would cost $32.6 trillion over 10 years according to Mercatus, our current system is projected to cost $34.6 trillion over 10 years, hence two trillion in savings. While most people’s money would have to be sent to the taxman rather than the insurance company, Sanders and Cortez believe that consumers would actually end up spending less money after all.

As already noted in part 1, the Mercatus findings are an absolute minimum cost, and one that includes countless unrealistic expectations that the study simply grants for the sake of evaluating what amounts to a MFA thought experiment. Mercatus personally responded to Sanders and co. to note that their study explicitly states that “It is likely that the actual cost of MFA would be substantially greater than these estimates…” Perhaps the most obvious reason is that Sanders MFA plan assumes that he would immediately cut provider payments by 40% (to reimburse providers at the same rate as Medicare) without any consequences, an impossible assumption.

In 2014, Medicare hospital payment rates were 62 percent of private insurance payment rates. That same year, hospitals were reimbursed roughly 90 cents on the dollar for their Medicare and Medicaid costs – which they had to offset by charging private insurers 144% of their costs for reimbursements. There would be no private market so subsidize government healthcare under Sanders’ MFA program.

The Sanders plan also contains plenty of other cost cutting ideas that are impractical. One such alleged saving would come from reducing overhead, as we’re supposed to believe that the government could administer the nation’s health care with less waste.

Sanders cites Medicare’s administrative costs of 2% (they’re actually roughly 3-4%) as lower than those in private insurance in the realm of 15-20%. During an appearance on Meet the Press, he said:

Private insurance companies in this country spend between 12 and 18 percent on administration costs… The cost of administering the Medicare program, a very popular program that works well for our seniors, is 2 percent. … We can save approximately $500 billion a year just in administration costs.

Even neglecting those three phenomena above, Medicare still has higher administrative costs per beneficiary.  According to Robert Book:

Extrapolated, if the rest of America were added onto Medicare’s roles, and administrative expenses remained constant, they would increase by roughly $12.5 billion. While that’s not much in the context of total health care spending – it’s a world away from the $500 billion in savings that Sen. Sanders projects.

If Sanders really wants to save money, he would have to tackle a major component of health care spending: labor.

An inconvenient truth that few proponents of MFA will acknowledge is that their system will only be economically viable if doctors are willing to work for roughly half their current salaries. Good luck selling that to someone racking up six figures of debt in medical school (perhaps that’s why I haven’t seen groups like “Physicians for a National Health Program” acknowledge the effect their plan will have on their fellow physicians).

Look no further than countries that already have single payer/MFA systems if you want a hint on how much doctors have to earn to make such programs financially viable.

Of the top fifteen highest paying jobs in America, the first 11 are all related to the medical field.  To put this in more quantifiable terms:

Because our doctors are paid, on average, more than $250,000 a year (even after malpractice insurance and other expenses), and more than 900,000 doctors in the country, that means we pay an extra $100 billion a year in doctor salaries. That works out to more than $700 per U.S. household per year.

Even if we were to grant that doctors in America are overpaid, a halving of their salary represents a psychological hurdle that most doctors or prospective doctors would not be able to overcome. None of this is to say that lower physician salaries wouldn’t be a net benefit for healthcare consumers, but an immediate slashing in half with no other changes as required by the Sanders plan is an impossible hurdle to clear.