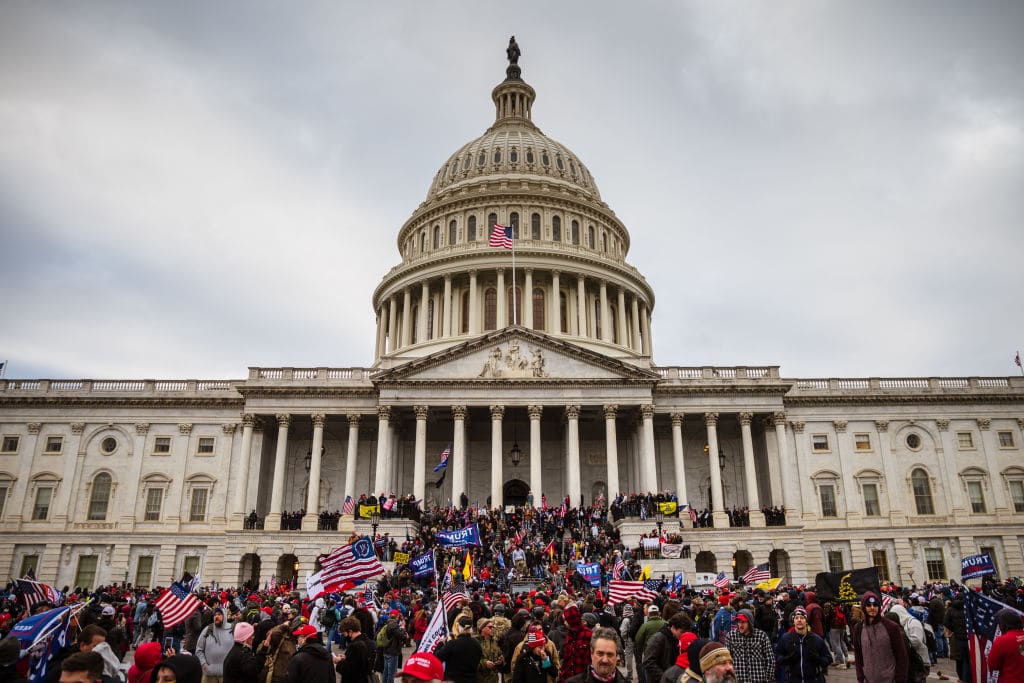 With the anniversary of January 6th having passed earlier this month, Donald Trump’s claim that he requested national guard troops ahead of that day has been scrutinized by the so-called “fact checkers” once again. While a number have been published in recent weeks, I’ll be addressing Politifact’s from last year, as I’ve made a habit of specifically going after their godawful “fact checks.”

Sports reporter turned pretend fact checker Tom Kertscher attempted to fact check Donald Trump’s claim that he “requested 10,000 national guard troops for January 6th, which Pelosi denied.” Trump first made the claim during a February 28, 2021 interview on Fox News. When asked if he thought there was anything he could’ve done differently by host Steve Hilton, Trump replied “We said to the Department of Defense, the top person, days before we had the rally … I requested … I definitely gave the number of 10,000 National Guardsmen, I think you should have 10,000 of the National Guard ready. They took that number. From what I understand, they gave it to the people at the Capitol, which is controlled by Pelosi. And I heard they rejected it because they didn’t think it would look good. So, you know, that was a big mistake.”

Sportsball’s rebuttal is as follows:

Now unlike most of my fact checks of fact checks, this isn’t a case where there’s a clear verdict. In fact, whether or not you believe Trump’s claims boils down to which officials you happen to trust. Kertscher is only quoting those who contradict Trump, but there are others who seconded his claim.

Former Acting Director of National Intelligence Ric Grenell blasted the “fact check,” stating that Kertscher is focusing on the lack of a formal request, “But the leaders of the Pentagon then made clear they offered Pelosi and she said No.”

Wrong. Politifact is so left wing. They focus on “no formal” request.

But the leaders of the Pentagon then made clear they offered Pelosi and she said No.

They are on the record. This is proof. https://t.co/HlYGsOexkP

I was in the Oval Office on that day, days prior to January 6, with the secretary of defense, the chairman of the Joint Chiefs of Staff and others and President Trump.

And he authorized, as the law requires, 10,000 to 20,000 National Guardsmen and Women to be utilized around the country. But the second part of the law requires a federal agency or governor or mayor, such as the United States Capitol Police or Mayor Bowser to make a request, otherwise, the National Guard cannot be deployed legally.

Biden’s DOD inspector general himself said the Trump administration DOD did not delay or obstruct their response to January 6th and Mayor Bowser and the Capitol police repeatedly in writing refused to request the National Guard. And that’s in the report and it’s in the DOD records, and I wonder why so many people aren’t asking for it.

Mark Meadows, the former White House chief of staff, told Fox News’ "Sunday Morning Futures w Maria Bartiromo" that Trump issued a "direct order" to have up to 10,000 troops ready. Kash Patel suggested 20,000 troops so Trump upped it to 20k. He was turned down by Bowser & Pelosi pic.twitter.com/itsL4OIHmn

Hannity asked “for the National Guard to have been called up, that had to be approved by Nancy Pelosi. Is that the correct chain of command?” and Patel clarified:

It’s backed up by writing; Mayor Bowser’s written refusal, the communications between the leader of the Capitol police and their chain of command to the DOD refusing our request to allow National Guardsmen and Women to stage on January 4 and January 5, before January 6. That’s in the timeline.

So we have a case where it’s Patel and Grenell’s word against Miller’s and Sund’s. An honest “fact checker” would rate this sort of claim “disputed,” yet PolitiFact opted for a “false” rating because their goal is to silence the narrative, not actually discover if it’s true or not. Kertscher writes there’s “No proof Trump requested 10,000 Guard troops for Jan. 6 or that Pelosi denied it” – but there’s certainty evidence for it – evidence that was conveniently ignored.