The Ghost from Hypocrite Tlaib’s Twitter Past: “DEPORT THIS A**HOLE!” 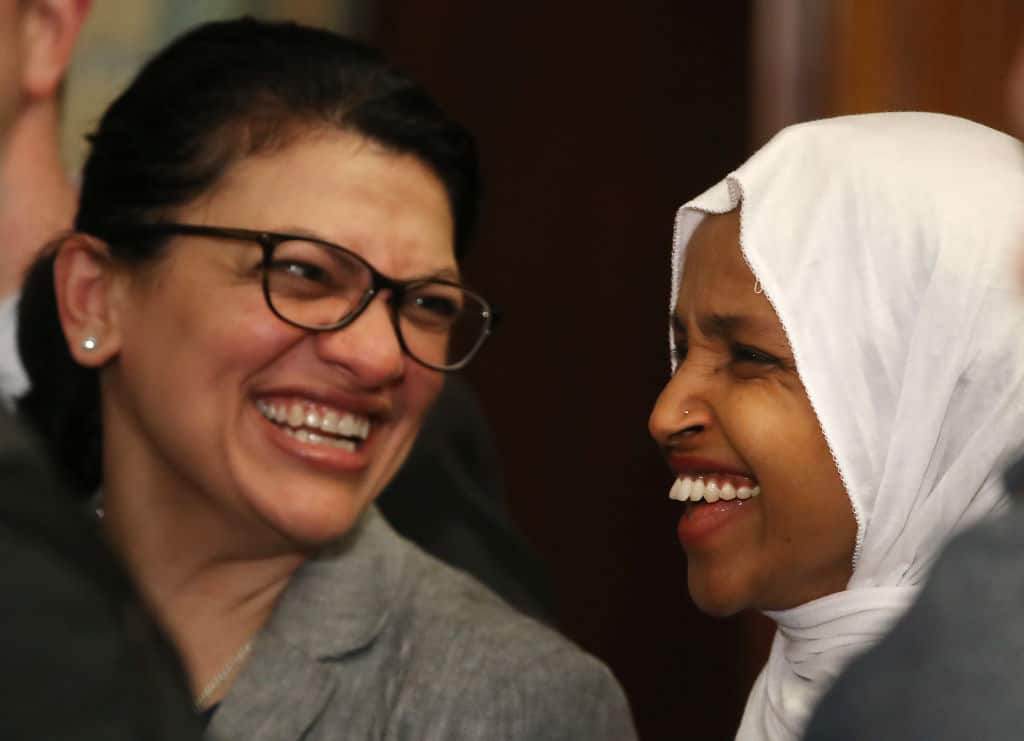 Pelosi and the “squad” have enjoyed their time in the limelight calling President Trump a racist and demanding he be impeached. Their justification for the outrage? Because President Trump tweeted a suggestion that some Democrats with extreme liberal policies should “go back” to where they came from and fix their native broken, “crime infested” communities, then come back and “show us how it’s done.”

The liberal freshmen Congresswomen, or “AOC plus three” as Trump has deemed the squad, were so infuriated by such harsh words coming from our leadership that they felt it morally necessary to hold a press conference to let everyone know just how racist they believe Trump is and that there is no other logical solution than to impeach him.

Oh, the irony, coming from a group of women who have said the most vicious things about the President, the United States, our border security, our military, Jews, Israel, and the list goes on and on.

Perhaps the women would like Trump to use them as examples of acceptable rhetoric and appropriate twitter conduct. A shining example? Representative Rashida Tlaib’s December 7, 2015 tweet which read: “Deport this a**hole!”

The famous self-deprecating phrase goes “do as I say, not as I do” but when it comes to our Democratic lawmakers the quote is simply: “say and do what I deem acceptable; I will continue to do the opposite.”