Three Reasons Conservatives Should be Grateful to Rush Limbaugh 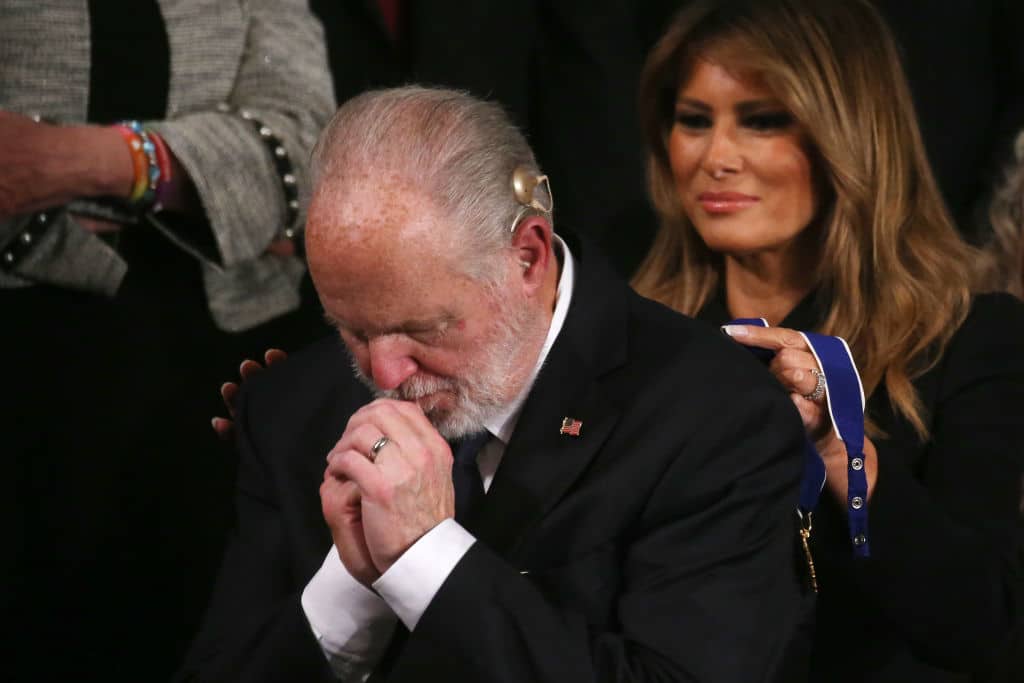 Conservatives owe a lot to men like Barry Goldwater and William F. Buckley who helped keep the fires of conservatism burning when the movement was barely holding together. Without their efforts, conservatism would likely not have gotten this far, this fast. That being said, in the last 40 years, conservatism has become considerably stronger, more popular, and more effective than it was in Goldwater and Buckley’s heyday. There are three men who deserve to be praised for that success above all others.

Of course, Ronald Reagan deserves the lion’s share of the credit for proving that conservative ideas work in practice. For engineering the Contract with America and the Republican takeover of the house in 1994, Newt Gingrich earned his spot in the pantheon of conservative heroes as well. The other man that all conservatives owe a debt of gratitude? That would be Rush Limbaugh. Why Rush?

1) He helped inspire a new generation of conservatives: Personally, I’m a conservative because of Rush Limbaugh. You see, back in college, I knew very little about politics, but wanted to learn more. So, I listened to my college professors to get a liberal perspective. It was an eye-opening experience to be told that America needed to abandon its military and use non-violent resistance as a defense strategy. Learning that I was a “fascist” for saying that America should retain the right to do a nuclear-first strike against the Soviet Union was quite a surprise as well. That’s what I was hearing from my liberal college professors. I wasn’t very impressed.

To find out what conservatives believed, I decided to listen to the most famous conservative I knew of at the time: Rush Limbaugh. After being exposed to his pragmatic, common-sense ideas about how our government and country should work, I realized that I was learning more listening to his show than I was in any of my college classes. Soon thereafter, I started thinking of myself as a conservative and the rest is history. Having spoken to a number of other conservatives about how they came by their political beliefs, I can tell you that my story is far from unique. Rush Limbaugh is undoubtedly personally responsible for bringing millions of Americans over to the right side of history.

Personally, when I started blogging, my goal was to go full-time, despite the fact that I didn’t have a journalism degree and almost no one else was doing it. My thought process? It was, “If Rush Limbaugh can do it, why can’t I?” That dream became a reality and I doubt it would have happened without Rush. How many other people that work in this industry thought the same way? Along similar lines, ask yourself if Fox News would have considered bucking the trend and having a right-of-center cable news network without Rush Limbaugh and his imitators proving that it could work? With or without Rush Limbaugh, a new conservative media was destined to eventually form. However, if Rush hadn’t come along, it might have taken years or even decades longer to come into being.

3) Rush’s ability to entertain and explain: In our natural environment, we political wonks tend to be a dull, humorless bunch. Every issue is life and death based on some principle or rule that a lot of people don’t necessarily understand. Although Rush certainly wasn’t the only conservative to illustrate absurdity by being absurd or to make our ideology more accessible to the average person, he was one of the key people that popularized the idea that politics should be fun.

Rush was often called an “entertainer.” He was — and that’s a big part of why he made such a spectacular impact. When you can make people laugh at the mockery of your political enemies or get them as fascinated with a political issue as they are with the latest sitcom or YouTube video, you’re ten times more effective than any dry political commentator who always believes that politics should be deadly serious business. It was Rush’s inspirational embrace of humor that played a major role in helping make conservatism more accessible to the average person.

Rush Limbaugh was a colossus who changed the political landscape of America for the better. This is a better world and a better country because he was in it and conservatives should be particularly grateful for everything he did to help us.