Three Years In, The Paris Climate Agreement is Already Failing 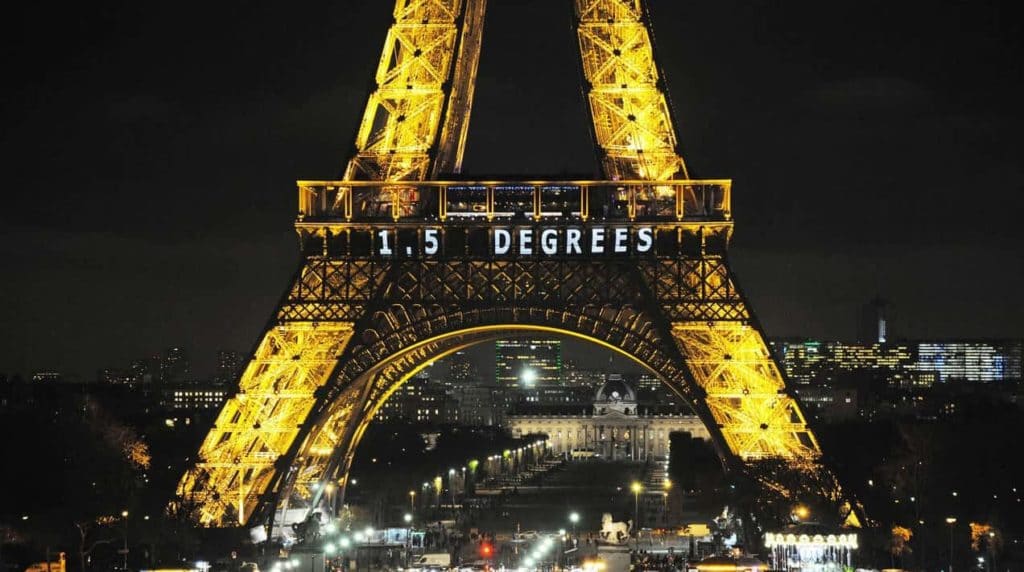 It’s been a year and a half since President Donald Trump withdrew the United States from the Paris Climate Agreement, and contrary to the predictions of many, the sky has yet to fall.

Former President Barack Obama signed the agreement in 2016, making a pledge to cut America’s greenhouse gas emissions between 26-28% by 2025 (below 2005 levels). Trump pulled out of the agreement in June 2016, and the hysteria immediately began.

“Now we’re just being asked to pretend that Trump is a good president when he’s obviously an incompetent one. No thanks,” wrote the New York Times’ Ross Douthat. Nancy Pelosi blasted the “grave threat to our planet.” DNC head Tom Perez called it “a global embarrassment and a gross abdication of American leadership.” Tom Steyer, a billionaire political donor that liberals don’t have a problem with, called Trump’s decision a “traitorous act of war against the American people.”

Vanity Fair writer Tina Nguyen speculated that Trump’s actions were simply motivated to cause liberals pain, citing a handful of conservatives who mocked the above hysteria.

Sane takes were hard to come by. The Cato Institute, no friend of Trump, praised the decision, noting that the Paris Agreement would do little to actually combat climate change while imposing massive costs that disproportionately fall on the American taxpayer. As they wrote in a public statement:

The Paris climate treaty is climatically insignificant. The EPA’s own models show it would only lower global warming by an inconsequential two-tenths of a degree Celsius by 2100. The cost to the U.S.—in the form of required payments of $100 billion per year from the developed to the developing world—is too great for the inconsequential results. These very real expenses will consume money that could be used by the private sector to fund innovative new technologies that are economically sound and can power our society with little pollution.

The goal of the Paris agreement is to bring temperatures down “well below” 2 degrees Celsius (3.6 degrees Fahrenheit) above preindustrial levels.

So, a year and a half out, who was right?

The Times Admits The Accord Isn’t Working

One of the greatest flaws with the Paris agreement that conservatives highlighted is that no countries’ pledges to cut carbon emissions are binding. If a country doesn’t cut emissions as much as they had pledged, they can simply revise their pledge without consequence. The Times is now realizing that, in their words, “The Paris Agreement, it seems, is only as good as the willingness of national leaders to keep their word,” and “So far, those voluntary pledges have not been sufficient. “

No kidding. As they note:

Emissions are rising in the United States and China, the world’s two largest economies. [Five] Other countries are backsliding on their commitments. The world as a whole is not meeting its targets under the Paris pact.

Emissions in China have grown for the past two years, signaling the difficulties of shifting the country away from its coal-dependent industrial economy. Germany is having a hard time moving away from lignite because of political opposition in the country’s coal-rich east. The French president, Emmanuel Macron, faces unrest at home over a layer cake of taxes that working-class people say burdens them unfairly.

And despite the U.S. withdrawing from the Agreement….

We’re Still on Track to (Mostly) Meet the Paris Agreement’s Goals, Without Being Part of It

While the New York Times article quoted above led by citing increasing emissions in the U.S., we’re doing a much better job of complying with the agreement than many other countries. Indeed, as they noted “To be sure, the Paris pact, and the growing scientific clarity about global warming, has spurred countries and businesses to reorient themselves. From shipping to fast food to insurance, companies are setting their own targets to reduce carbon footprints. Solar and wind energy is expanding rapidly. Within the United States, a number of cities and states have dissented from the Trump administration’s planned exit and created their own local plans to green their economies.” U.S. emissions are projected to grow by about 2.5% in 2018, but the overall trend remains downward.

Earlier in March (of 2018), U.N. Secretary-General Antonio Guterres said that “There are expectations that, independently of the position of the administration, the U.S. might be able to meet the commitments made in Paris as a country.”

In September, Mark Chediak reported in Bloomberg that “Cities, states, businesses and market forces are poised to trim carbon emissions to 17 percent below 2005 levels by 2025, according to a report presented Thursday by California Governor Jerry Brown and Michael Bloomberg. That compares with the 26 percent to 28 percent U.S. commitment under the Paris agreement.” In other words, the U.S. was still on track to meet 2/3rds of our climate-emissiosn goals under the Paris Agreement.

And closing out the year, former NYC Mayor Michael Bloomberg echoed the same sentiments reported in his publication earlier this year, telling NBC that it wouldn’t make much of a difference if Trump were to re-enter the Paris Agreement because “we are halfway there towards meeting our goals already.”