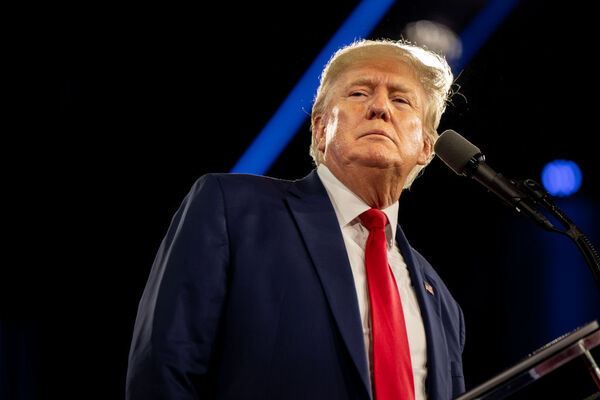 Former President Trump And Fellow Conservatives Address Annual CPAC Meeting by Brandon Bell is licensed under Getty Images North America Getty Images
Photos by Getty Images
Former President Donald Trump said during an interview with Sean Hannity that he threatened one of the top members of the Taliban, Abdul Ghani Baradar, by sending him a satellite picture of his house, and threatened to "obliterate" him. The revelation came as the two discussed Biden's botched withdrawal from the country during the interview.

The conversation between Trump and Baradar, who is now the "deputy prime minister of Afghanistan," happened as Trump was negotiating the withdrawal of all U.S. troops from the country. Trump recalled to Hannity that he threatened that if the Taliban launched an attack on U.S. troops during the withdrawal, he told Baradar  “we're going to hit you harder than any country has ever been hit.”

Trump further threatened to personally "obliterate" Baradar if anything went wrong.   “I sent him a picture of his house. He said, 'But why, but why do you send me a picture of my house?' I said, 'You have to figure that one out.'”