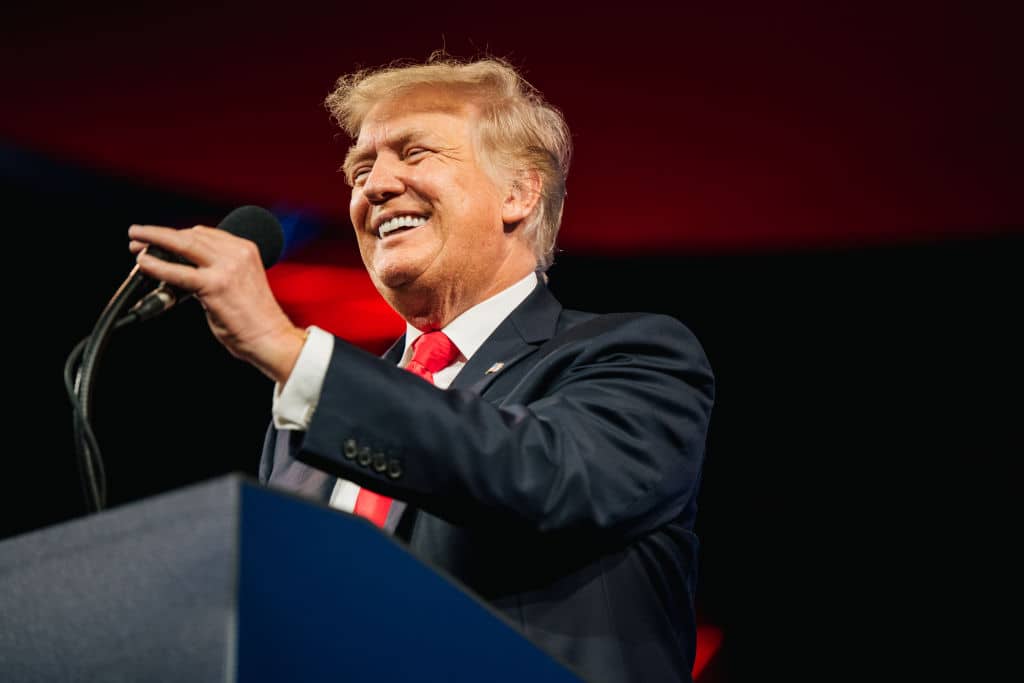 The original video was posted on Facebook by one of the parents and has been widely shared all over the place. Carpe Donktum edited it and turned it into an anti-fake news video meme that Donald Trump tweeted out. The parents, who seem to hate Trump, responded by filing a frivolous lawsuit that quite frankly, had no reasonable chance of succeeding.

The good news is that the judge did dismiss the lawsuit:

Twitter quickly added one of their infamous “manipulated video” labels to the clearly faux meme. And later, the family of the toddlers in the meme filed a private suit against Trump and Cook alleging “the exploitation of the childrens’ image had violated New York privacy and publicity rights law (N.Y. Civil Rights Law §§50 and 51) and was both an intentional and negligent infliction of emotional distress,” The Hollywood Reporter noted.

“Initially, as defendants assert, the video was newsworthy,” Cohen wrote in his decision. “To promote freedom of expression, the meaning of ‘newsworthiness’ has been broadly construed and includes ‘not only descriptions of actual events … but also articles concerning political happenings, social trends, or any subject of public interest.’”

“It is common knowledge that one of the principal tactics of Trump’s presidential campaigns, as well as his presidency, was to incessantly attack the mainstream media as purveyors of ‘fake news,’ including his claim that the media exaggerates the extent of racial division in this country,” the judge continued. “Thus, the video’s references to ‘fake news’ and its depiction of race relations, however distorted, are clearly newsworthy.”

“Since the video is therefore a satire, albeit one which some may consider to be rather distasteful, this Court is constrained to find that it is not actionable,” he said.

The bad news is that despite the fact New York has an anti-SLAPP statute and this was clearly a frivolous lawsuit, the judge did not honor Donald Trump’s request to make the plaintiffs pay his legal fees. In other words, in a real sense, even though Carpe Donktum and Donald Trump were found innocent, the system still didn’t work.

Carpe Donktum was kicked off of Twitter shortly after the controversy over this video arose and as he noted, his legal bills cost $25,000. In other words, although the New York judge may have ruled in Trump and Carpe Donktum’s favor rather than go with an incorrect ruling against them that would be overruled by a higher court, he still managed to stick it to them. It’s ridiculous that happened, but it goes on all over America on a regular basis and it’s why our legal system needs to be changed to something much closer to a “loser pays” system like they have pretty much everywhere else in the world.