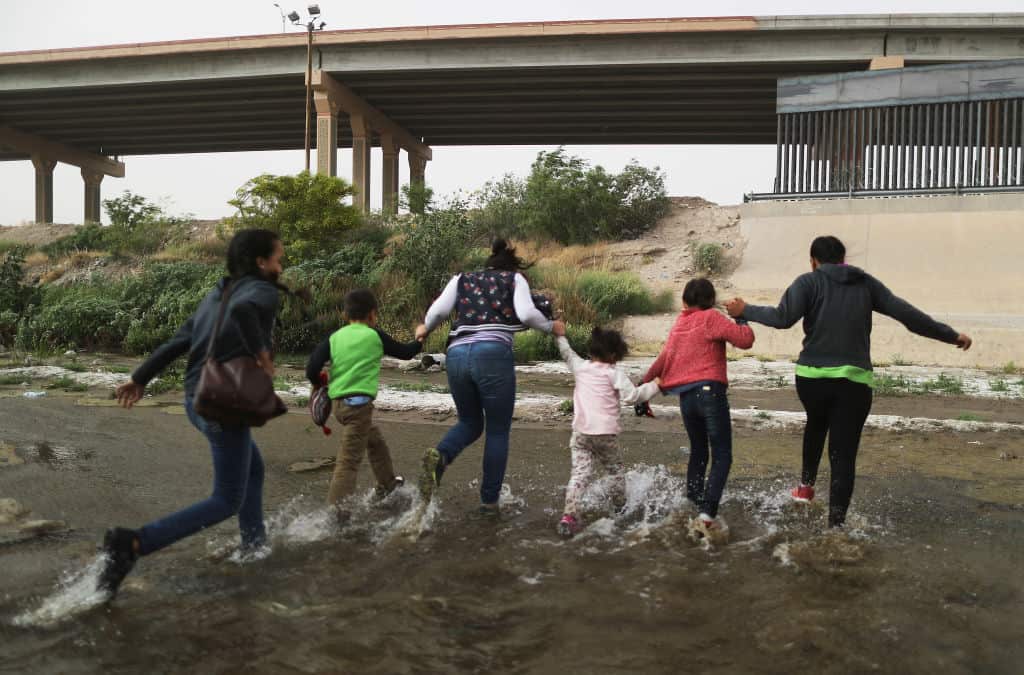 Illegal immigration continued to surge in May, surpassing April apprehensions by a whopping 32 percent.

U.S. Customs and Border Patrol (CBP) released statistics today, showing 144,000 migrants were taken into custody in the month of May.

The Washington Post reports, “Of the 144,278 taken into CBP custody, 132,887 were apprehended after crossing illegally by Border Patrol agents, and 11,391 were deemed “inadmissible” after arriving at U.S. ports of entry.”

Acting CBP Commissioner John Sanders said, “We are in a full-blown emergency, and I cannot say this stronger: the system is broken.”

The Post notes that the May 2019 figure represents a 182 percent increase over May 2018 and “a sixfold leap from May 2017, when border arrests were near their lowest level in half a century and U.S. authorities detained fewer than 20,000.”