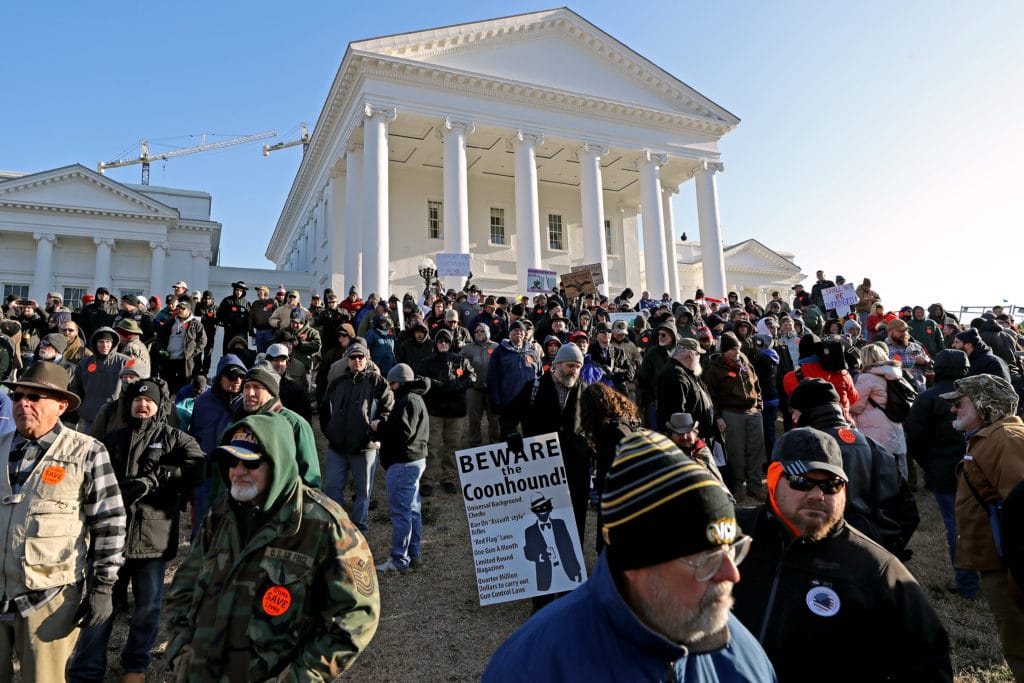 After Democrats took complete control over Virginia’s state government in January, they wasted no time in ushering through a slough of gun control bills.

Lawmakers have thus far passed nearly a dozen gun control bills, all of which were opposed by the state’s gun owners, but still are minor compared to the so-called “assault weapons ban (AWB)” that Governor Ralph Northam had pushed for as the most encompassing piece of legislation. Originally, Northam wanted to reclassify most handguns and shotguns at “assault weapons” to allow for what was falsely advertised as an AWB to truly be confiscation of all firearms. Unlike even the AWB under President Bill Clinton, no firearms of current owners would be grandfathered in.

While Northam did largely ignore the 20,000+ peaceful gun owners who rallied against his gun ban, the proposed AWB did end up getting watered down. Earlier in the month,  in a 12-9 vote, the House Public Safety Committee voted to ban “assault weapons” which now included the popular AR-15 and AK-47. The bill also banned magazines that hold more than 12 rounds, and sound suppressors, effective July 1. But the bill didn’t survive the Senate.

As Richmond local network WHSV reports: Northam’s push to ban the sale of assault weapons has failed after members of his own party balked at the proposal.

Senators voted to shelve the bill for the year and ask the state crime commission to study the issue, an outcome that drew cheers from a committee room packed with gun advocates.

Four moderate Democrats joined Republicans in Monday’s committee vote, rejecting legislation that would have prohibited the sale of certain semiautomatic firearms, including popular AR-15 style rifles, and banned the possession of magazines that hold more than 12 rounds.

Virginia’s push for gun control saw immediate resistance, even when it was merely being discussed ahead of Democrats taking control of the state government. Within just a month-and-a-half of Northam publicly floating an AWB, 90% of the state’s counties (which contain 40% of the population) voted to become “Second Amendment Sanctuaries” and refuse to enforce all future gun control legislation.

The bill is dead – but only for the year. Stay tuned for when Democrats try to resurrect it in 2021. As long as everyone is paying attention, they’ll fail again then too.