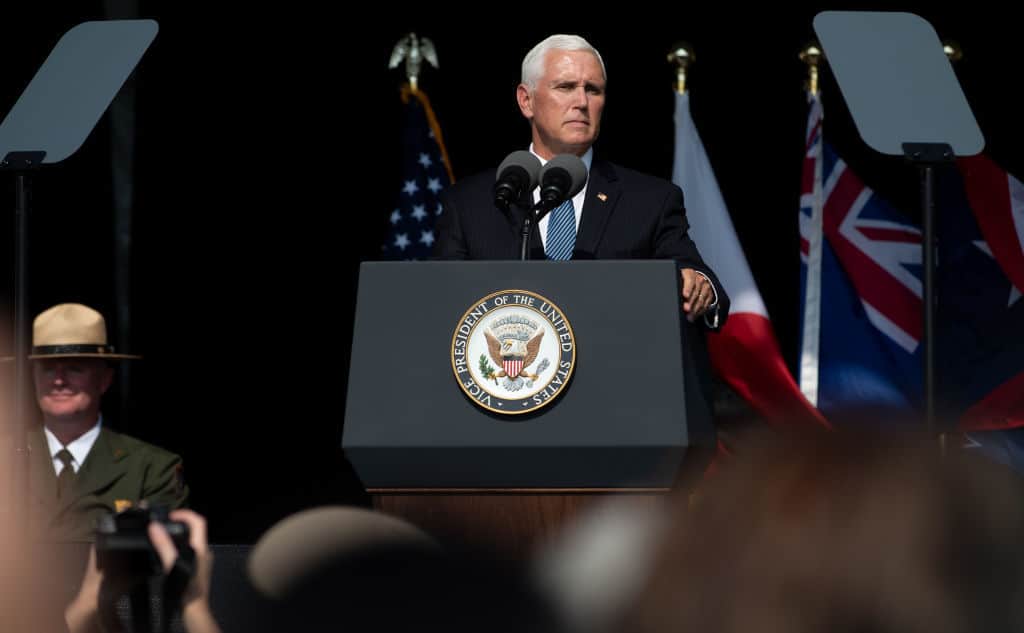 Vice President Mike Pence has advice for Democrat nominee Joe Biden on how to clear the air and dispel rumors on Biden’s cognitive decline—debate the President.

In an interview this past week, Pence said that “I can’t speak to some of what’s being discussed about him today, but the antidote is to be on that stage, to square up and be willing to debate President Donald Trump. The American people deserve nothing less.”

Biden has made frequent gaffes and has had interesting mental lapses for decades, and now that he is running for president, they are noticed much more and he is making many more of them. It’s become so bad that Biden has been asked by CBS correspondent Errol Barnett if he had taken a cognitive test.

Biden’s bizarre answer for Barnett proved that he probably should:

“Why the hell would I take a test? Come on, man. That’s like saying you, before you got on this program, you take a test where you’re taking cocaine or not. What do you think? Huh? Are you a junkie?”

So, according to Pence, “[W]e need to have presidential debates. We’re already hearing some leading liberal voices in the media, some leading liberal Democrat activists, they’re actually advocating that we would have a presidential election without debates. They’re suggesting that Joe Biden take a pass on debates … The American people are entitled to see two people who are applying for the job of leader of the free world on the stage together.”

We couldn’t agree more. And from the debates, America will see who Joe Biden really is, rather than who his handlers make him out to be.