Was THIS Man Responsible for Framing Michael Flynn All Along? 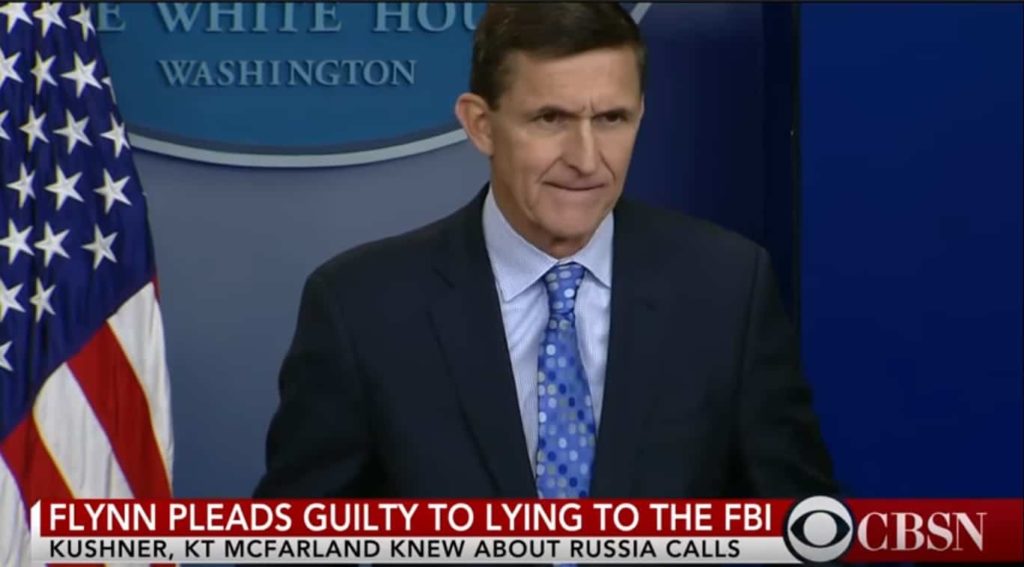 Michael Flynn was only able to serve his position as Donald Trump’s National Security Adviser for less than a month before he had to step down following a controversial call with Russian Ambassador Sergey Kislyak that he allegedly lied to the FBI about.

Then-President Barack Obama warned Trump against hiring Flynn only two days after the election, but his warning was hardly prophetic. Flynn didn’t’ have to resign for any real wrongdoing – but because he was framed.

The key details we knew thus far are this:

Flynn was interviewed by two FBI agents about the call, in which he allegedly lied about discussing sanctions with Kislyak to them. Bizarrely,  two sources familiar with the meetings said Comey told lawmakers the FBI agents who interviewed Flynn didn’t believe he lied or intentionally provided any misleading answers.

Now there’s a new question – could Kislyak have been involved in framing Flynn too? American Greatness’ Julie Kelly has uncovered a wealth of information that portrays Kislyak in a questionably light.

For starters, Kislyak has bragged about gathering information on conservatives:

Kislyak appears 55 times in Special Counsel Robert Mueller’s recent report. Alleged spy Maria Butina, sentenced last month to 18 months in federal prison for one count of conspiracy, met with Kislyak numerous times in 2015 and 2016 and promised to “collect the contact information of prominent conservatives” for him. He has openly bragged about his numerous contacts with Trump associates.

According to visitor logs, Kislyak visited the Obama White House nearly two dozen times, including at least twice in October 2016. He met with National Security Adviser Susan Rice in the White House on October 7, 2016, the same day intelligence officials issued the warning about Russian election interference.

Told Jared Kushner he had a direct line to Putin, then claimed it was Kushner who requested it:

In December 2016, Kislyak continued to pursue meetings with Trump’s son-in-law. “Kushner declined several proposed meeting dates. The Russian ambassador also was insistent about wanting “Kushner to meet someone who had a direct line to Putin.” Totally not sketchy. At all. A May 2017 Washington Post article claimed Kislyak told Moscow that it was Kushner, not him, who was seeking a “secret communications channel” between the Trump campaign and the Kremlin.

Kelly drew attention to other oddities too, including the fact that Kislyak received an unexplained $120,000 payment 10 days after the 2017 election. Kislyak also maintained a friendly relationship with Michael McFaul, Obama’s ambassador to Russia for two years, and a believer in the collusion conspiracy. McFaul had heaped praise on Kislyak just weeks after the 2016 election, which seems odd for a man seriously convinced that the country he represents just interfered in our election.

McFaul also may have revealed some anti-Trump tendencies of Kislyak. When Kislyak attended a Trump foreign policy speech in Washington D.C., McFaul tweeted about his friend;  “Did Russian ambassador Kislyak attend opposition campaign event today? #doublestandards.” Doesn’t that sound like McFaul questioning why his friend is attending the “enemies” event?

Kislyak was right back in March when he called the idea of Russian interference more generally a “hoax” – but he’s one Russia who certainly may have interfered in a way of his own.