According to the latest data from the Labor Department, last week’s jobless claims came in below what Wall Street forecasted, and represent the lowest weekly jobless claims since the pandemic and subsequent lockdowns began ravaging the U.S. economy in March.

To clarify; weekly jobless claims are not on net basis – i.e. it doesn’t mean that there were 709,000 jobs lost last week – it means that 709,000 people filed for unemployment without accounting for how many people gained employment during the same time period. We don’t get the full picture until the jobs report is released on the first Friday of every month.

Prior to the pandemic, the U.S. economy peaked in February with 153.5 million Americans employed. That fell to a low of 130.3 million in April and has since recovered slightly more than halfway to 142.3 million employed. While still not a full recovery, the U.S. economy didn’t suffer as sharp a contraction as our neighbors across the Atlantic, and is recovering at a faster pace.

Here are the cumulative GDP growth rates in 2020 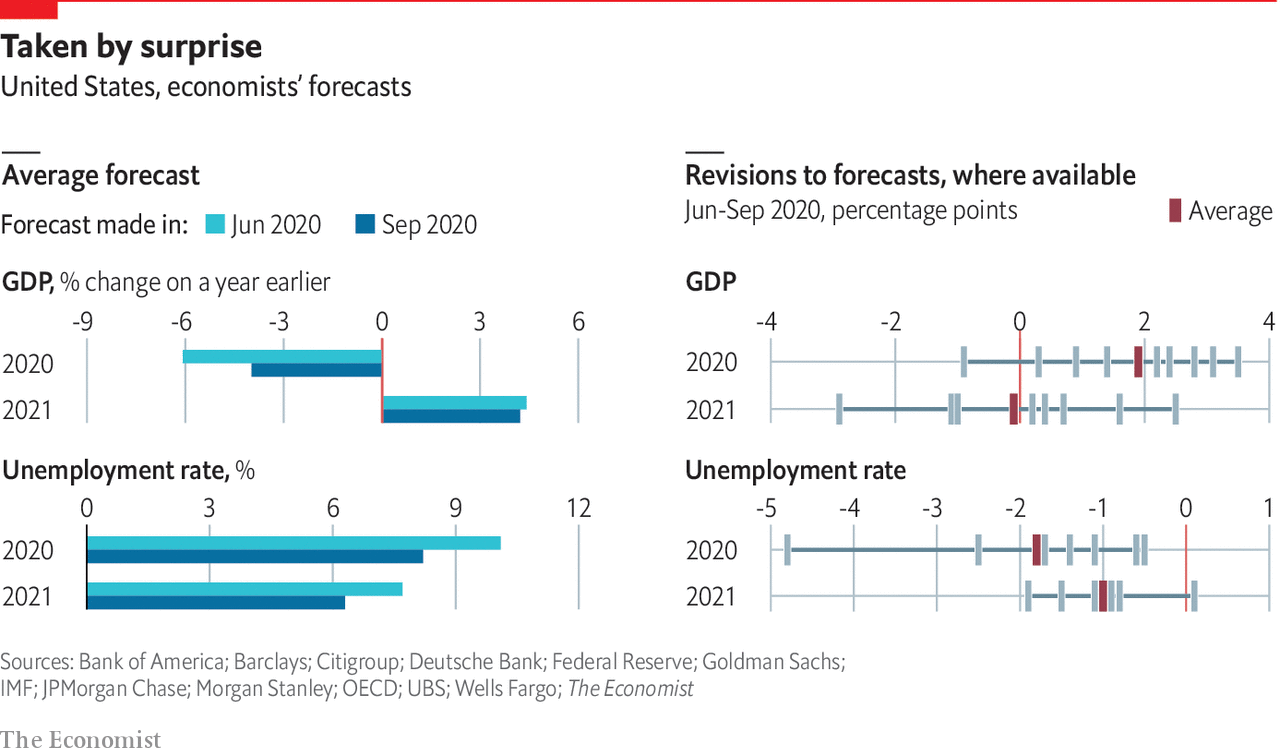 Call me crazy, but I’m starting to notice a pattern here…