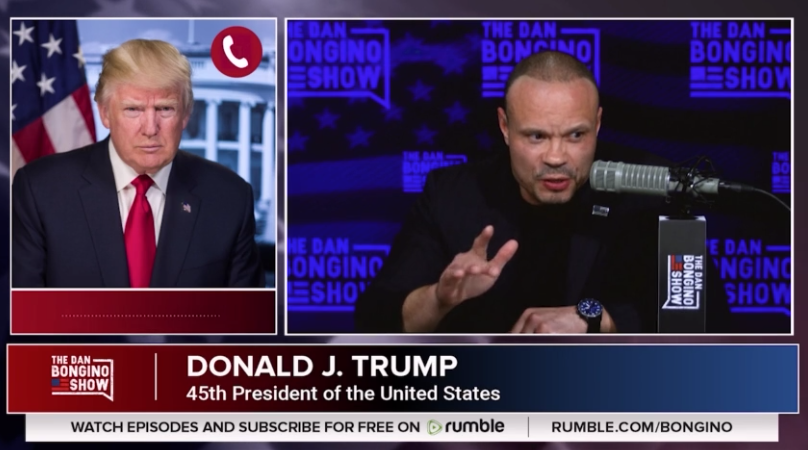 Earlier today Dan interviewed President Trump, which was featured on the 1509th episode of The Dan Bongino Show. The two discussed the prospect of a 2024 presidential run, potential 2020 election fraud, and the disastrous Biden presidency, among other issues.

But you wouldn’t have heard any of it on YouTube, which is apparently attempting to justify censoring it under the guise of their “deceptive practices and scams” policy, as opposed to their “we don’t like Trump” policy.

Fortunately competitors to YouTube such as Rumble are still hosting the video version of the interview (and the audio version can be found on this site).

Give the interview YouTube doesn’t want you to see a watch below: