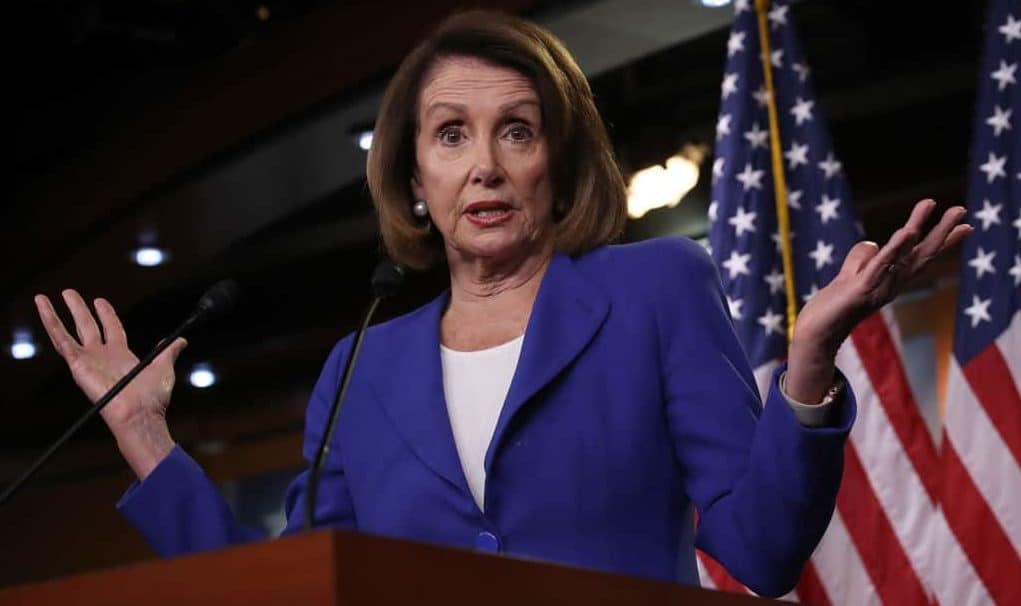 Kerry Picket of the Daily Caller reports that Pelosi said, “It’s really quite a sad thing when you know that we’ll be talking about something that applies to the health and life — health and ability to have other children of women. I hope that in his family, he never has to face that crisis and apply his attitude toward it.”

During last night’s State of the Union address, the President called on Congress to pass a law that would “prohibit the late-term abortion of children who can feel pain in the mother’s womb.’

“Let us work together to build a culture that cherishes innocent life,” he continued. “Let us reaffirm a fundamental truth: all children — born and unborn — are made in the holy image of God.”

The President’s call to end late-term abortions comes after New York lawmakers passed the Reproductive Health Act in January which states, “Every individual who becomes pregnant has the fundamental right to choose to carry the pregnancy to term, to give birth to a child, or to have an abortion.”

LifeSite News reports that the law “erases the state’s recognition of preborn babies older than 24 weeks as potential homicide victims, removes abortion from the penal code entirely, and allows licensed health practitioners other than full doctors to commit abortions.”

The law–which was defeated by Republicans–sought to repeal the state’s restrictions on late-term abortions. Ultrasounds would no longer be required for women seeking abortions and the law would eliminate the state’s stipulation that second and third trimester abortions only be performed to preserve the life or health of the woman.