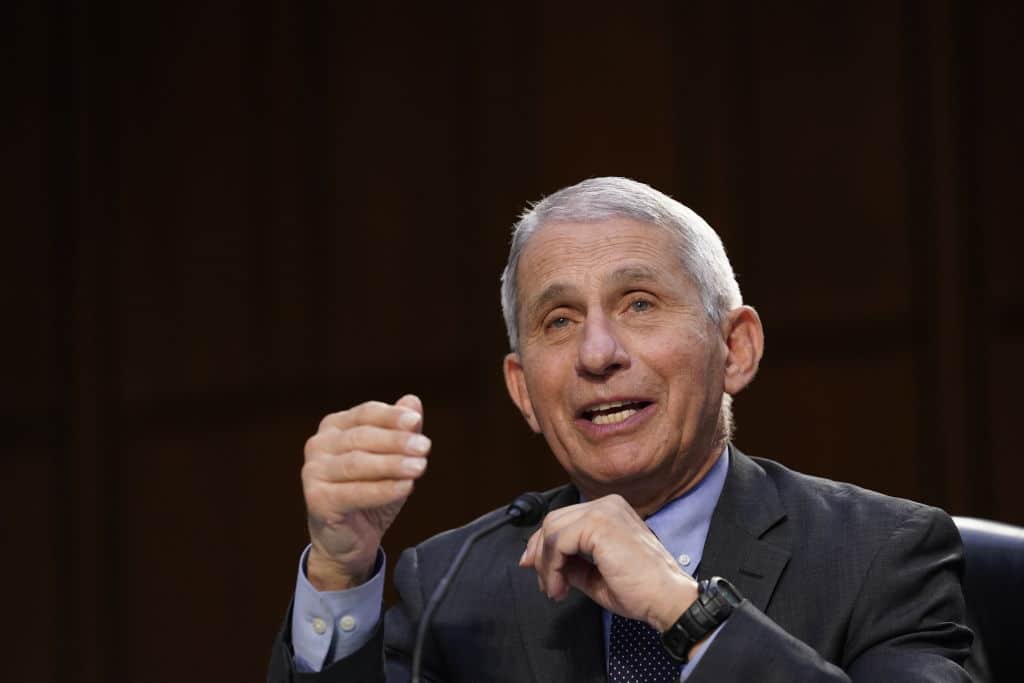 “Thanks to a freedom of information request from Buzzfeed, we have thousands of emails to and from Tony Fauci, going back to the early winter of 2020,” Tucker Carlson said.

“They show that from the beginning, Fauci was worried the public might conclude that covid originated at the Wuhan Institute of Virology. Why was Fauci trying to hide that? Probably because he knew perfectly well he’d funded gain-of-function experiments at that same laboratory” Tucker continued.

“The emails prove Fauci lied about that under oath. Consider this exchange, which began the evening of January 31, 2020. It was a Friday, just before midnight. The first email came from an immunologist called Christian Andersen, who works at the Scripps Research Institute in California. Andersen warned Fauci that covid appeared to have been manipulated in a laboratory. Quote: “The unusual features of the virus make up a really small part of the genome (less than point one percent), so one has to look really closely at all the sequences to see that some of the features (potentially) look engineered.”

“The next day, on February 1, Tony Fauci wrote back, “Thanks Christian. Talk soon on the call.” Fauci then sent an urgent email to his top deputy, Hugh Auchincloss. The subject of his email, in all-caps, was “IMPORTANT.” Quote: “Hugh: It is essential that we speak this AM. Keep your cell phone on. Read this paper as well as the email that I will forward you know. You will have tasks today that must be done.”

Attached to that email was a document titled “Baric, Shi, et al — Nature Medicine — SARS Gain of Function.pdf.” “Baric” refers to virologist Ralph Baric, who worked with “Bat Lady” Dr. Shi Zhengli (a nicknamed she earned because she manipulated coronaviruses that infect bats. While under oath, Fauci denied to Rand Paul on multiple occasions that Ralph Baric had conducted gain-of-function research.

Watch the rest below:

The segment comes as Fauci has come under heavy scrutiny over his emails that were obtained in a Freedom of Information Act request, with Republicans increasingly calling on the doctor to resign or be fired.”It’s time to fire Fauci! Emails that have been released now under Freedom of Information Act show two very important things: 1. FAUCI has been lying 2. I’ve been right all along,” Sen. Rand Paul said Wednesday. “Stand with me today while we keep showing the way.”

Paul was joined by former President Donald Trump’s Mark Meadows, who called the revelations in the emails “troubling.”

“Part of the troubling thing that we’re seeing with these emails that are coming out is, not only do they seem to correspond with what President Trump said and what [then-] Secretary [of State Mike] Pompeo said in terms of the origins of the virus,” Meadows said during an appearance on “Hannity,” “but it indicates that Dr. Fauci had knowledge, or at least a suspicion, of things not happening in an evolutionary manner very early on, and he didn’t share that … That’s very troubling and something that we do need to get to the bottom of.”